We had flown 6,000 miles to celebrate our daughter’s wedding and sheva berachos. Other than the snow and ice on the ground, and the frustration of living out of suitcases for a week and a half, everything was beautiful and simchadik. We reveled in the rare but priceless company of dear relatives and friends, feasted on gourmet meals every night (without having to step foot in the kitchen), and were treated like visiting royalty.

However, after a few days of being wined and dined, our kids were undeniably, and vocally, bored to distraction. So when our fun-loving son-in-law managed to finagle free tickets for us to see a live screening of the hottest show in town, “AGT,” they joyfully jumped at the opportunity.


Of course, we did our utmost to orchestrate all the details well in advance so that we could spend the day enjoying ourselves and still return in ample time to get ready for that night’s sheva berachos. Theoretically, everything should have run as smoothly as a well-oiled machine. But needless to say, Murphy’s Law soon descended with unparalleled ferocity, making it a day we shall not soon forget.

Our son-in-law e-mailed tickets for us to print out and bring along to allow us admittance. Simple enough. Except, of course, that the printer was out of ink and had other issues as well. And so began the trek from neighbor to neighbor until the admission passes were printed and ready.

Tickets in hand, we quickly piled into our rented minivan, eager to be en route at last. That is when we belatedly discovered that we could not find our car keys. A frantic search ensued – inside the car, outside the car, under the car, in the house, even in the snow. But still no keys.

Finally, in desperation, as the clock ticked audibly toward our unofficial deadline, we asked my father-in-law if we could borrow his old-fashioned sedan. Off we set, slightly claustrophobic and behind schedule – but in high spirits nevertheless.

Our son programmed the GPS and we followed its directives blindly, from one borough to the next and to the next. We eventually concluded that it had most likely been inadvertently preset to circumvent all toll roads. The good news was that we were not required to stop and pay even one toll; the bad news was that we were led on an incredibly roundabout route through city streets and one red light after another. By the time we finally arrived at our destination some two hours later, we were winded and stressed out in the extreme – not to mention 15 minutes late.

Alas, our guaranteed seats were no longer guaranteed. Instead, we were assigned to a long line snaking alongside the building. An hour and a half later our line was finally allowed to progress toward the building’s entrance, and a little while after that we were ultimately granted entry just as the show was about to begin.

Suddenly, my husband’s cell phone began to ring repeatedly. It took him a few moments to get his bearings, as he listened in wonder to the unfamiliar voice at the other end of the line.

“Did you lose a wallet?” was the initial inquiry and the gist of the incredulous conversation that followed. Until that question was uttered, we were totally oblivious to the fact that, in all the tumult and rushing around, our teenage son’s wallet had, in fact, fallen out of his pocket. Whoever said that ignorance is bliss had most likely not naively dropped his life’s savings in a public venue where thousands of strangers were swarming around like so many bees. Luckily for us, however, the shaliach HaKadosh Baruch Hu had sent to retrieve our aveidah was a good samaritan personified. Not only did he not pocket a cent of the few hundred dollars our son had brought with him, he made multiple long-distance phone calls based on the student ID he found in the worn wallet, eventually uncovering our temporary cell phone number and connecting with my husband. His daughter was scheduled to perform on the show that day, so he decided to meet us after the first show was over to return the missing wallet. 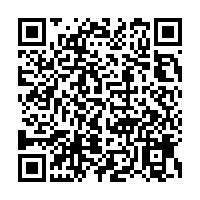