I had one of those kinds of weeks, where problems abound and everything seems to go wrong. I felt a little overwhelmed by it all, until I learned a very important lesson which made me realize how lucky my family was to have only suffered life’s small glitches, rather than to have to deal with some of its major ones.

It all started with the recent deluge of rain we here in Israel were privileged to have. We pray for rain, and Hashem had granted our wish. On a personal level, one of the downsides to the days and nights of rain was the fact that my roof sprouted a number of leaks. We had plastic buckets trying valiantly to catch the rain drops before they hit our floor. Mostly, this turned out to be a futile effort, evidenced by the many towels spread out across our tiles, trying to sop up what they could.

Since it was cold and rainy, both inside and out, I decided to do some baking, hoping to fill the house with warmth. But once again, something went wrong. Our oven simply stopped working. Well then, there was always my microwave, I thought. I could heat up some leftover cake from Shabbat. By now, you can probably guess that my microwave decided it had worked hard enough for our family. It was time to be replaced. Next in line was our car. While it is quite old, it had been serving us faithfully for many years, until it didn’t.

All the problems we had encountered fell under the category of replaceable or fixable. Fixing our leaky roof is still a work in progress, but within a few days, most things broken were either fixed or replaced. And, of course, the sun came out again.

Yesterday, I made a shivah call to the daughters of a 96-year-old woman who had just passed away in her home. While there, I encountered a couple who helped me put my own small problems into proper perspective. This couple had recently lost a grandson in a terrorist attack. He was a 20 year old soldier, stabbed to death at a train station in Tel Aviv this past November. I watched this couple as they lent their support to friends who had just lost their mother who had lived a long, fruitful life, and then peacefully passed away.

I was reminded that some losses are not replaceable, and some broken things, like hearts, cannot easily be mended. There have been so many tragedies suffered by so many of our people. I am truly thankful to Hashem for allowing me to just deal with losses which could indeed be fixed or replaced.

May He continue to help those who suffered catastrophic losses to cope and find a way to continue living. May Hashem continue to bless and protect us all.

A Message From Moshe With Help From Above 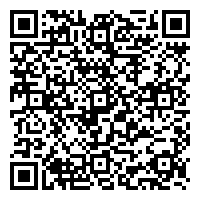