Everything is from Hashem. That includes every aspect of our lives, even those that are most difficult. Nothing is by chance.

Rav Yitzchak Dovid Grossman, Rabbi of Migdal HaEmek, speaks every Friday morning on one of the religious radio stations in Eretz Yisrael. Recently he spoke about the importance of hakaras hatov, appreciating the goodness that is done for us, and expressing our appreciation for that goodness. There are many places in the Torah where we see this most important trait of hakaras hatov – towards people, and even to animals and inanimate objects. This is an extraordinarily important trait that each of us is to integrate into our personality, our thoughts, speech and actions.


Hakaras hatov is a matter of integrity, of recognizing goodness and expressing appreciation. Indeed, the word Yehudi, Jew, comes from the verb, l’hodos, to acknowledge, and also, to thank. Rav Grossman said that when we have and express hakaras hatov, we receive (more) goodness in return. He then told the following story.

This story happened in the summer of 2001. Two women who worked together in Manhattan came to Eretz Yisrael for a vacation. One afternoon, they went for lunch to the Sbarro restaurant. The place was packed and there were no tables available, so the two women stood there, waiting for a table to become empty. A waitress who noticed them waiting kindly told them that they could go outside, it would be more comfortable for them that way, and when a table became available she would come out and call them. They thanked her and left. The women walked a bit, probably enjoying window shopping or just chatting in Yerushalayim when suddenly they heard and felt a deafening explosion. A bomb had been detonated in the restaurant. When things cleared enough for them to be sure there wouldn’t be another explosion, they went inside the restaurant to find the waitress whose kindness and consideration had quite possibly saved their lives.

There were fifteen murdered people, and many, many wounded. They looked for the waitress and suddenly they saw her! She was alive! She was severely injured, one among the one hundred thirty wounded, and was taken immediately to the hospital, along with others who had survived the blast but were injured. The two women went to the hospital to be with her, to know what her fate was and to be of help if necessary, because they felt such hakaras hatov, so indebted to this woman who they didn’t even know.

The waitress’s condition was extremely serious and she required continued hospitalization and extensive, complex treatments. The two American women went to the hospital every day of their stay in Eretz Yisrael to visit her, to be with her, to help if necessary. The woman went through many treatments and her condition remained serious. All through that time, her two new-found ‘friends’ were by her side, helping her in any way they could during her time in the hospital. All this out of hakaras hatov for what the waitress did for them, even though she didn’t know that this simple act of kindness would help save their lives.

The time came for the women to return to America. The waitress was still in the hospital receiving ongoing care for her grave wounds. The women came to her for one last time in Eretz Yisrael to part from her and when they did, they left her their names and phone numbers, saying that if she would ever come to America, she should look them up. And then, with great emotion, they parted.

Only weeks went by when one day, in New York, both women received unexpected phone calls. Their special friend, the waitress was here, in America, for more medical treatments for the injuries she had sustained in the bombing. She told them what hospital she was in, and the date of her upcoming surgery. Both women said they would be there with her, of course. It was the minimum they could do for the woman who was instrumental in saving their lives. It was simple hakaras hatov, recognition of the goodness she had done for them. 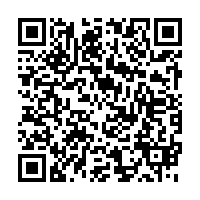