My husband and I had gone to Hartford, Connecticut to research a teaching position for my husband which had become available at the Yeshiva of Hartford.


Present at the interview was the president of the yeshiva, Rabbi Charles (Yehoshua) M. Batt, of blessed memory, a talmid of Harav Shraga Feivel Mendlowitz, zt”l, founder of Yeshiva Torah Vodaath as well as Torah U’Mesorah, among other mosdos in the United States.

What amazes me to this day are the following words addressed to me by Rabbi Batt at the conclusion of the successful interview: “And what can we do for Mrs. Metal to welcome her into the community?” I was stunned because I never expected my own needs to be addressed at my husband’s job interview.

This was the beginning of a wonderful kesher that we were privileged to share with Rav and Rebbitzen Batt.

We lived in Hartford for about three years. It was a period of growth in that I got my first paying job at which my employer actually took the time to train me. In addition, I endured a personal trial as I struggled to become a mother. In a community where just about every event is geared toward families, I felt the pain of not fitting in.

Rabbi Batt came to my personal rescue once again, and in his kind words have shaped by positive outlook ever since. We were leaving Hartford because my husband had accepted a commission as a chaplain in the U.S. Air Force. Our dear friends made us a farewell kiddush in shul the Shabbos before we left. Rabbi Batt got up to speak. He recounted the special connection that both he and his Rebbetzin had enjoyed with both my husband and me.

His hakoras hatov toward me at that very moment changed my self-image, giving me positive self-esteem that I sorely needed.

I wondered: How could I possibly repay him? Baruch Hashem, I figured out what would be the best way in which to honor Rabbi Batt.

In 1985, when Rebbetzin Batt returned to the U.S. from Eretz Yisrael for heart surgery (Rabbi Batt had passed away in 1978,) she related that one of the few things that she carried with her was the aerogramme from me informing her that I had named my newborn son Yehoshua after her husband, Rabbi Batt.

Although the Rebbetzin survived her surgery, she passed away within the week. I’m comforted that I could at least reciprocate a measure of the support that my beloved rav had extended to me during a difficult period in my life by, in turn, being there for his Eishet Chayil as she reached the end of her journey on this earth. 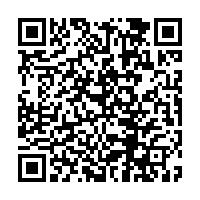