The zaidie sat at the head of the dining room table. I was a small child and unaware that my friend Esther’s grandfather was the revered rosh yeshiva at Yeshiva University, Rav Moshe Aaron Poleyeff, zt”l.

I never had the privilege of growing up in the presence of grandparents, so meeting one was novel for me.

In general, spending Shabbatot with the Rosenbaum family was one exciting adventure after another. So when I received word that Mrs. Rosalind (Poleyeff) Rosenbaum passed away, I felt like a child suffering the loss – yet again – of one’s parent.

Both Mrs. Rosenbaum and her dear husband, Aaron, a”h, the founders of the YNJ (Yeshiva of North Jersey, recently renamed The Rosenbaum Yeshiva of North Jersey), were pioneers who helped spearhead the growth of Yiddishkeit in America. They would not allow themselves to despair of all that was lost in the ashes of the Holocaust. They would rebuild Torah-true Judaism in America because, as Mr. Rosenbaum would often say, “Hashem will help.”

In 1938, three students comprised the student body of the original Yeshiva of Jersey City. When it moved to Union City, New Jersey, it was renamed The Yeshiva of Hudson County, from where I graduated.

The school’s dean at that time was Rav Chaim Levine, zt”l, son of the revered Rav Aryeh Levin, zt”l, the “Tzaddik of Yerushalayim.” The Rosenbaums successfully integrated American scholarship with old-world Torah knowledge, insuring an education that would hold its graduates in good stead.

In the late 1970s the student body dwindled as, for the most part, Jewish life in Hudson County decreased. There were calls for the school to close, but the Rosenbaums refused to capitulate. The school first moved to New Milford, New Jersey and then to River Edge, where it is a premier yeshiva institution today.

As I viewed the dinner video at which time the school was renamed for the Rosenbaums, I was astounded at the beautiful facility and chuckled to myself as I recalled the facility that I attended.

In my day, the devoted Yeshiva cooks, Mr. and Mrs. Hirsh, a”h, lived in the basement apartment of the school building. We had no playground facilities. The Lag B’Omer program consisted of playing stickball in a neighborhood lot.

Unlike today’s young parents who car-pool their kids to school if bus service is not provided, many parents in our day did not own cars. We had bus service but many of us lived several cities away so we schlepped a minimum of three hours round trip daily. Snowstorms always promised that our bus would get stuck in some neighboring town far from home.

For some reason that I could never fathom, as we grew to adulthood we affectionately referred to Mr. Rosenbaum, as “Aaron.” When I recently spoke to his son, Rabbi Yitzchak Rosenbaum, who lives in Israel, he explained that his father had no airs about himself. He was down to earth with the belief that Hashem would help. I was the one calling to offer condolences and yet I was the one who broke down in tears as I recalled the Rosenbaums paying a shiva call to my family when we lost my father, a”h. When Aaron walked into a room, I told his son, all was right with the world. He was a rock to so many of us – and his dear eishet chayil was his helpmate every step of the way.

As mentioned earlier, their daughter Esther (Scharf) and I were close friends in primary school and we remain friends today. Esther married two weeks before I did, and at her wedding Mrs. Rosenbaum asked me if I was taking notes. Knowing that she would be the mikveh lady on call the evening before my wedding stilled whatever jittery nerves I had.

Thanks to the Rosenbaums, the mesorah of Torah continues on in the generations they leave behind. That includes not only their dear family but also legions of yeshiva children, who will always remain a part of their spiritual family.

The memories of them are indeed a blessing for all of us who were fortunate to know, respect and love them. 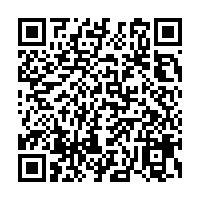