I know exactly where I was when I heard about the terrible terrorist attack in Har Nof. I was not in my home in Ramot, just 15 minutes away from the shul where it occurred and where so many of our friends live.

I was in California, celebrating the chasunah of my nephew. It had been a beautiful wedding, my sister’s first. It hadn’t been easy getting the money together to go but there had been no doubt in my husband’s or my mind. I had to go. My sister had traveled to Israel for every one of our weddings and now Baruch Hashem it was her turn to make a wedding and I was determined to be there for her. Nothing is more important than family and we are very close.


That night we had just returned from a beautiful Sheva Brachot seudah given by friends of the kallah’s parents in one of the magnificent gated-communities of Los Angeles.

I had been sitting, eating, chatting to the rebbetzin of the kehillah and enjoying a delicious meal in a warm friendly atmosphere while ten hours ahead of us the kedoshim in Har Nof were being butchered in their tefillin and tallesim.

When I got back to our hotel, I did what I had done every night since we arrived. I opened the laptop I had borrowed to bring with me, to e-mail my daughter in Israel. Most of my children don’t have computers (and my husband has no idea how to use mine at home) but one has a computer at work. She asked permission from her boss to be in e-mail contact with me during work hours while I was away, as she was the only one I could be in regular contact with.

Every night as my day in California drew to its close, ten hours ahead, her morning at work began. She was the first to receive photos from the chasunah before I went to sleep that night and she passed on all the news to her father and siblings and kept me informed on what was going on at home. So that night I wanted to send her some photos from the Sheva Brachot and to hear all her news as well.

I opened my e-mail and for the first time there was an e-mail from her waiting for me.

“Mummy did you hear about the terrible piguah (terrorist attack) in Har Nof?”

I didn’t waste any time replying to her, but, my heart thumping, I clicked straight onto an Israeli news site, and there I stared in horror at the images splashed across the screen. A bleeding tallis. An arm with holy tefillin wrapped around it covered in blood. Blood-spattered sefarim. Pools of blood around shtenders.

I couldn’t even read what was written, my eyes were swimming with tears and horror; the images were so frightening and so mesmerizing.

Behind me I heard my sister from England, with whom I was sharing a room in the hotel, coming out of the shower and getting ready for bed. I couldn’t even say anything. I couldn’t make any words come out.

Tears were pouring down my face but I didn’t turn round. I couldn’t move my eyes from the screen.

She called out “good night” and turned off the light on her night table. I didn’t reply.

I looked around at the quiet calm hotel room and then back to the screen.

What was I doing here?

I have no idea how long I sat there. I clicked from site to site, from Hebrew to English, from one horrifying account to the next. At that point it was still only a short time since the massacre had abated and what had actually happened, how many were slaughtered, if the terrorists were dead or captured was still unclear. More unconfirmed news was pouring in all the time. 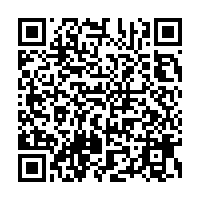