It was an unusual sight on the streets of Venezuela. Binyamin, a young man from New York, walked briskly down the street, fully clad in his black hat, white shirt, and black suit. He was stopped by a curious teen who boldly asked, “Where are you from? I don’t think I’ve ever seen such an outfit before!”

“I am a Jew,” Binyamin responded. “And this is the way yeshiva students dress.” The Venezuelan boy continued to probe, and Binyamin proudly explained that as children of the ultimate King, Torah students dress in an honorable fashion.

“Really?!” the casually dressed teen exclaimed. “I never heard that before.” He lowered his voice and spoke directly into Binyamin’s surprised face. “My mother is Jewish.”

Binyamin explained that if that was true, his newfound acquaintance, who finally introduced himself as Marcus, was Jewish, too. The boy was intrigued. Binyamin spoke with him a little longer before they parted. “Where do Jews like you live?” Marcus asked. “In Lakewood – it’s in New Jersey,” Binyamin told him. “There is a big yeshiva where many young men learn Torah. They all look more or less like me.”

As Binyamin walked off toward the address he was headed for, he nearly pushed the encounter out of his mind. But for Marcus, this bizarre conversation was anything but forgotten. The concept of a yeshiva filled with real Jews rumbled in his mind until he decided he just had to see it for himself.

A few days later, Marcus found himself on a plane. All went well until he approached the Customs and Immigrations counter. He knew he had the necessary visa from a past trip, but he hadn’t thought of checking its validity. Sure enough, it had expired – and Marcus was taken into a room where he was interrogated for allegedly attempting to enter the United States unlawfully.

Marcus was dazed at the unexpected turn of events. The officer, a tall burly African-American, was preparing to ship him right back to South America. He had a stern look on his face. Then, he softened somewhat and turned to Marcus. “What is the purpose of your visit?”

“I came to learn in yeshiva,” Marcus replied in a quivering tone.

“What?!” the officer exclaimed in shock. He lowered his head, lost in thought for a couple of moments, and then called out in a loud voice. “Come. Come with me. I’m taking you to a lawyer. For $1,000, he’ll get you a visa right away.” The officer escorted Marcus and waited at the office during the entire process. When Marcus was done, the officer shook his hand. “You’re good to go now, fellow.”

“I have no words to thank you,” Marcus stammered. “But, would you mind if I ask you a question? Why did you decide to bend over backwards to help me?”

“Awww… It’s a long story,” the officer responded. “When you said the word ‘yeshiva,’ you triggered an old memory.” Marcus listened as the officer told his tale.

A number of years earlier, the immigration officer’s wife had found herself in legal trouble. She urgently needed $2,000 to get her out of the mess. The next day, the officer was walking down the streets of Manhattan when he witnessed a crime: A Jewish man exited a store, holding his attaché case. Suddenly, he was tackled by a hoodlum, who shoved him to the ground, grabbed his case, and ran off.

The Jew cried for help and tried running after his attacker, but he couldn’t overcome him. The officer took chase and soon managed to reach the mugger. After a struggle, he grabbed the attaché case and handed it over to the Jewish man.

Emotionally, the Jew thanked his savior and offered a respectable sum of money as a token of his appreciation. The officer refused, stating, “I did what a person had to do in such a situation. I don’t deserve anything.” But the Jew was firm. “This case is very valuable to me. It contains a lot more than you might realize.”

Finally, the officer admitted, “I am in desperate need of cash just now.” And he detailed his wife’s predicament. The Jewish man withdrew $2,000 from the attaché case and handed it over with a smile, thanking the officer again.

“But how can I ever repay you for helping me out?” the officer asked.

“Next time you meet a Jew in need of help, help him out! That is the best reward you could ever pay me back with,” the man responded.

The immigration officer smiled broadly at the young student from Venezuela. “You see, when you told me you want to go to yeshiva, I realized you must be a Jew. It’s already quite a few years that I am waiting to repay my benefactor – finally, you gave me the opportunity!”

Today, Marcus lives in Jerusalem with his family, who are all Torah-observant Jews. 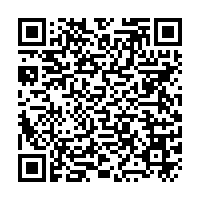