So now, the big question. Why did the child acquiesce and get off the bus with my son-in-law? What was it about my son-in-law that convinced the boy to trust him and go with him? Was he really that much nicer or kinder or seemingly more trustworthy than the other people who tried so sincerely to help the boy? Probably not. Then why did the boy go with him? Take a deep breath and get ready for the answer because you wouldn’t have thought of such a solution in a hundred years. It was only something that Hashem could do.

The little boy’s father has a married sister. His aunt. She’s married to a wonderful man. The boy’s uncle. Of course, they all know each other well since they are such close relatives, and they even live fairly close to each other. And my son-in-law? Get ready! His brother is married to the little boy’s aunt. Now, the boy has never seen my son-in-law, nor had my son-in-law ever seen the boy. When he went to the boy to help him, he had no idea who he was. But the boy knew, or at least he thought he did, because the boy’s uncle is my son-in-law’s twin brother! The child didn’t know he was getting off the bus with a stranger – he thought it was his uncle that was rescuing him! And that’s why he agreed to go with him.


Incidents like this one, that are so clearly orchestrated from Above, remind us in a clear and awesome way, that Hashem is in charge of and directing everything. The more deeply we think about these stories of hashgacha pratis the more we become aware of Hashem’s constant love for us, and His unlimited power to help us in every situation, including in ways that we couldn’t even imagine. Contemplating Hashem’s love for us will also increase and deepen our love for Him. With this increased awareness and love, let’s remember to thank Hashem for all that we have, and to turn to Him and ask Him for all that we need, because what might be hard – even very hard or impossible – for us, is easy for Hashem. So let’s remember these inspiring stories of hashgacha pratis and trust in Hashem, and ask Him for His help, and may He answer all our prayers l’tova, for the good. 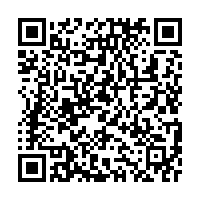