New York Jews are losing their taste for Hillary Clinton and are moving towards Bernie Sanders and Joe Biden, according to a new Siena College poll.

A majority of 54 percent of Jews in New York view Clinton as “unfavorable,” slightly more than the state average of 51 percent. If primary elections were held today, Clinton would come out on top but only with a plurality of 45%, compared with 24 and 23 percent for Biden and Sanders respectively.


Among Jewish voters, according to JPInsider, registered Democrats would give Clinton only 36 percent of their votes. Biden would win 31% of the Jewish vote, and Sanders would pick up 25 percent.

Clinton is in a tailspin and cannot dig her outsell of her deepening e-mail scandal hole, which makes Sanders look more appealing. Biden still has not announced if he will run, and if he does throw his hat in the ring, he will grab support from those who so far have backed off because of his procrastination.

However, Clinton is the choice of New York Democrats

On the Republican side, Jews favor Marco Rubio.

Statewide, the Siena poll showed that a majority of Democrats want Biden to run for president.

Trump still leads the Republican field, with a commanding lead of 34% compared with only 14% for Carson and 11% for Bush. 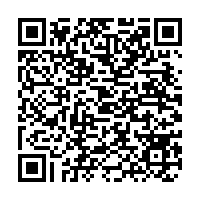