In addition to the regular soldiers, many reserve soldiers were called up to fight in the Second Lebanon War. One of them is a friend of our family, whom I have known since he was a little boy. David*, who had learned in a hesder yeshiva, served in the tank corps. Upon notice of a call-up, he traveled north to reunite with the rest of the reserve soldiers in his unit.

The day was extremely hot, and the reservists had to work on getting their tanks in shape for entering Lebanon. David toiled under the blazing sun with the rest of the soldiers, when, suddenly, he collapsed. Efforts to revive him failed. He was flown to a Jerusalem hospital for further care. To his family’s dismay, David remained in a coma. The doctors told his father and stepmother that, even if David would regain consciousness, he would have brain damage. The family was heart-broken to hear this pronouncement.


As the news spread, more and more people joined the family in fervent prayer. The gates of heaven received all of the prayers for David, and he eventually came out of the coma. Not only did he awaken from his “slumber,” but he had no permanent damage. Everyone was ecstatic!

But not all of the soldiers had fared as well as David. The four-member tank crew had all been killed in battle. Each one left a wife and children, as well as the rest of his family members. David was the single survivor. He was also an older single.

At forty-one he was very discouraged about ever getting married. All of his five siblings had married long before, and they all had growing families. His stepsister, who was his age, was a mother of a minyan of children. Where was David’s helpmate?

Over the years, I had introduced him to some women. None of the meetings led to the chuppah. One time, while I was on the phone with him, he commented, “Zeh lo holech lee.” (It’s not working out for me.) I felt so badly for him. A very wonderful part of life seemed to be out of reach for him.

The several times that I had set him up, I would tell the female side that David was extremely shy on the first date, and that he should be given a second chance. One woman told me that he hardly said anything, and she was not interested in going out again. Each time that someone in whom he was interested told him that she wasn’t interested in continuing the relationship, David’s self-confidence decreased.

In order to endeavor to overcome his shyness and his lack of confidence, he took a Dale Carnegie course. (Dale Carnegie was an American writer and lecturer and the developer of famous courses in self-improvement, salesmanship, corporate training, public speaking and interpersonal skills.) It had a positive effect on him, but that was short-lived. Numerous times my husband said that since David is such a sweet guy, there must be a suitable woman who will be happy to marry him.

Once, when talking to a girlfriend about David, she told me that it is a known fact that men who lose their mother when they are young end up having a difficult time making a marriage commitment. They have suffered a loss and are afraid of loving someone who might leave them. True, David’s mother had passed away when he was only four, but it was the women, and not David, who were not interested in pursuing the relationship.

Years ago, David’s stepmother, Malka*, was diagnosed with a dangerous and very serious heart condition. It looked like David might again lose a very central figure in his life. Moreover, David’s father, who was elderly, might never see his younger child under the chuppah.

It seemed peculiar, but Malka’s doctor did not hospitalize her in one of the hospitals in central Israel, where she lived. He sent her to Bikur Cholim Hospital in Jerusalem. Upon arrival at the hospital, a nurse named Sara* did an intake interview with Malka. The nurse impressed Malka very much.

When Malka had recovered enough to return home, she suggested to David that he meet the sweet nurse Sara. David did not act upon his stepmother’s suggestion immediately. It took a year and a half for David to finally pick up the phone and call Sara.

Hundreds of guests and I danced exuberantly at their wedding. David, 43, and Sara, 41, had finally made it to the elusive chuppah. David and Sara, who live in the holy city of Jerusalem, were blessed with two boys.

I met the two of them at a Shabbat meal at mutual friends. After Saul and Mark had left, my friend Aliza told me more about the two older singles. Their names joined the growing list of singles in my loose-leaf binder.

With time, I made some attempts to introduce them to some women, but nothing worked out. Eventually, someone’s suggestion for Saul went well, and he ended up getting married. Mark had to move out of the apartment that Saul owned.

We continued hosting Mark on occasion for Shabbat meals. Even when we moved out of Jerusalem, we invited Mark for Shabbat.

Mark reached his upper 40s. His best friend became ill and went abroad with his family for treatment. Sadly, Saul succumbed to his illness, leaving his wife Chava and two young children.

Mark told me that he had been visiting family in the States when he hard that Saul had passed away. He had missed the funeral, but he flew in for a shiva visit. He tried to console Saul’s widow Chava and their two sons.

Eventually Chava returned to their apartment in Jerusalem.

Years passed. One evening during the winter, I attended an engagement party, and my friend Aliza was there as well. We started talking shidduchum, and I asked her what was happening with Mark, who had already hit the half-century mark. She told me that someone is interested in him, but meanwhile they are just friends.

That summer, while my husband and two of our children were visiting his family in the States, I spent a Shabbat in Jerusalem in our former neighborhood. When I dropped by to see some friends, one of them happily told me, “Remember that Mark guy? Well he just got married!” I was very happy and wondered if he had married the “friend” who Aliza had mentioned at the engagement party we had both attended.

Yes it was. Mark moved back into his former bachelor flat joining Saul’s widow Chava and her two children. And since then, Boruch Hashem, the family has grown.

*All names have been changed. 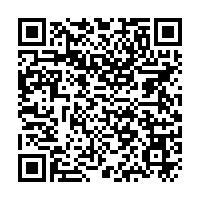