As night fell and Shabbat drew to a close, a minyan gathered in my sister’s home in Manchester, England.

My three sisters and I were sitting shiva for our mother, who we buried the previous day. As we have no brothers, my brother-in-law said Kaddish and the four sisters quietly responded.

We removed our shoes, changed out of our Shabbat clothes and returned to the low stools we had been sitting on for a few hours on Friday after the funeral – until Shabbat started.

It was all still a blur, a shock. We could barely believe that our dear mom, who had been about to leave the convalescent hospital for home, was now dead after a sudden heart attack.

We had rushed to England from Israel and the U.S. so that we could bury her before Shabbat. As snow started to fall, she had been lowered into the ground and we were forced to rush to get back to my sister’s home before Shabbat.

Before I sat back down on the low stool, I looked out of the tall bay window. The snowflakes were falling thick and fast. I knew we would have to leave very soon or we might never get to London.

After asking a rav, we decided that as three of the four of us had no friends or other family in Manchester, we would return to our respective homes in Teaneck and Jerusalem for the remainder of shiva. Our return flights were scheduled for the next morning from Heathrow Airport in London. But first we had to get to London.

Some of our out-of-town friends had said they would come to Manchester after Shabbat, knowing that it would be the only chance to pay a condolence visit, but we decided to call them and tell them to cancel their plans. The snow was making driving dangerous and we would have to leave Manchester immediately. We daren’t wait any longer.

We packed hurriedly and started off. We drove very slowly and carefully down the motorway, the white blanket gradually covering the almost deserted, multilane highway. Our progress was painfully slow and with the car sliding from one side of the road to the other, we were grateful for the lack of vehicles around us.

The journey took more than three times the usual time and we breathed a sigh of relief as, hours later, we neared the motorway’s end and the lights and streets of the London suburb came into sight.

Our plan had been to stay overnight with friends in London and go to the airport early in the morning, but the steadily falling snow made us think again.

Our friends lived some distance up a small side street, one of the streets that got snowed in very quickly due to the lack of traffic. They are also the last to be cleared by the few snowplows available in London. Once the snow would have frozen overnight, it would be almost impossible to get out safely in the morning.

We stopped for a few minutes at our friends’ house to explain our change of plans and to call a small motel close to the airport where we could spend the night. We booked a room and set off again. The footprints we had made as we entered the house were already covered by the steady snowfall, and the car slid helplessly away onto the highway.

We drove to the area where the motel was, near the periphery of Heathrow Airport. The address had been vague so we called and spoke to the clerk on the night desk.

“Can you see the Sheraton Hotel from where you are?” he asked. “We’re just by that hotel.”

We drove slowly toward the Sheraton, all the time looking out for our little motel. We drove all the way around the large, imposing five-star hotel – but saw no sign of our lodging. We called the clerk again.

“Can you see the McDonald’s near the Sheraton? We’re just there.”

We looked all around and eventually spotted the McDonald’s, but it was on the other side of the main highway. We thought it odd that one minute our motel was situated by the Sheraton on the left side of the highway and the next minute it was on the right side. We continued along the main road until we got to a traffic island where we could turn and go back down the other side again. 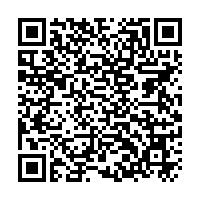