Living in Staten Island provides us with a certain type of suburban living that is enjoyed and appreciated by most, if not all. We have less congestion of cars, easier parking and more camaraderie, as there are less people than in the other boroughs. We have no alternate parking, and it’s easier to park in all shopping areas. The rabbis know each person individually, and are very familiar with their families and life histories. This is not an advertisement for our neighborhood; it’s simply background to my story.

Compared to other neighborhoods, we have minimal restaurants and grocery stores in Staten Island. But obviously there are an adequate number of them, satisfying the borough’s residents enough to keep them here for many years.


Additionally, we have several kollels here for boys who dorm. (You will soon understand why I’m pointing this out.)

There is a longtime Famous Kosher Bakery here, which is next to other kosher stores, e.g. pizza store and take-out. This bakery is a sort of hub, where people who don’t see each other often get a chance to become reacquainted and catch up.

I had the zechus to make a shidduch for the bakery’s owner. I introduced his daughter to someone I knew from Far Rockaway and, Baruch Hashem, they are now married for many years. I recently heard on one of my visits there that another shidduch was made in this store. There was a young man in kollel that shopped in this store who struck up a conversation with a young lady from the community. The two eventually married; he became the assistant rabbi in one of the local shuls, and then secured a position as the rabbi in another shul.

I find it fascinating that shidduchim that are fated to occur can take place anywhere and at any time that Hashem deems appropriate. These two shidduchim happened because the timing was right for both. And to think what a great zechus it is for this store that not one but two shidduchim emanated there.

Good things come to pass when people practice acts of chesed on behalf of others. And it’s always a pleasure to witness fellow Jews reaping benefits as per Hashem’s wishes.

May klal Yisrael be the beneficiaries of Hashem’s blessings. And may one’s bashert come along at the right time. 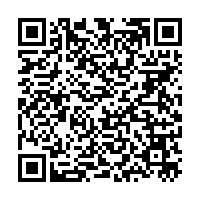