It was one of the most heart-warming manifestations of Mi k’amcha Yisrael that I can ever recall, and as such, it bears retelling.

My husband was rushing off to daven Ma’ariv and deliver a shiur, but he had about half-an-hour to spare. So he very kindly drove me to a neighborhood nearby, where a community blood drive was taking place that night.

“I have about twenty minutes until I have to be in shul,” he offered. “Would you like me to wait for you and take you back?”

With my thin veins, I knew that even the actual blood donation would take at least that long, without even beginning to take into account all the logistics involved.

I did not end up calling my better half when I was done, although perhaps I should have. By the time I filled out the requisite form, had my required interview, and was tested for blood pressure and hemoglobin level, there were dozens of people ahead of me awaiting an empty portable donation table and Magen David Adom volunteer.

Not only was every available spot occupied, just about every chair (and there were many!) was taken as well. In fact, it was so crowded and confusing that one father, who was there accompanying his eighteen-year-old daughter, was assigned the responsibility of determining everyone’s place on the queue and then seating them in that order.

What followed was an impromptu, music-less, adult version of Musical Chairs, albeit with all the chairs facing forward. Every time another member of our rapidly-growing group was called to donate, all the other people in attendance got up and moved one seat to the right. This somewhat unconventional arrangement not only helped us keep track of our place in line, it also served to keep us awake and engaged.

Despite the prolonged delay in making it to the finish line, however, my overriding emotion was a combination of gratitude and awe. How truly impressive and inspirational it was to witness such an incredible kiddush Hashem! So many people had managed to take precious time out of their busy schedules to dedicate an hour (often considerably more) to give a life-saving pint of blood to a total stranger. My eyes teared-up intermittently, contrasting with the goofy smile I had permanently plastered on my face, while observing the non-stop activity and catching snatches of the cheerful banter all around me.

In all it took me nearly three hours from the time I left my house until I returned home via two buses (after the first one suffered a malfunction, and the driver instructed all the passengers to disembark) and a significant amount of time waiting at bus stops. However, other than some passing frustration and a travel-induced headache, my day had baruch Hashem ended on a decidedly upbeat note, and I felt unmistakable pride and appreciation for this unique and wonderful nation of which I am a humble card-carrying member.

The day had been a highly-emotional one from the onset. Not only was it my beloved Bubby’s yahrzeit, I was likewise reeling from the horrific headlines regarding the IAF F-16 that had been shot down by the Syrians, and the injured Israeli airmen who had been compelled to eject and parachute to safety once they reached Israeli airspace.

B’H the navigator was only lightly injured, but the pilot had r”l sustained severe injuries, and was airlifted to Rambam Hospital in critical condition. In my heightened emotional state, I shed copious tears for that heroic young fighter as for well my much-missed grandmother.

And, like so many others, I tried unsuccessfully to learn the pilot’s name for Tehillim, having to temporarily suffice with a blanket prayer for all the wounded among our brave security forces.

The following day I was pleased to find that a woman in the community (who characteristically volunteers to assist at every blood drive, including the one I had attended the previous night) had posted the name and a Tehillim link for the injured IAF pilot, whose condition had b’chasdei Hashem already significantly improved, .

And as I opened the link to add my voice to those beseeching Hakadosh Baruch Hu for the injured stranger’s speedy and complete recovery, I had no recourse but to do a double-take.

Although a mere 48 hours or so had passed since the tragic incident, the numbers were astronomical: 26,588 perakim of Tehillim read in 175 completed seforim, by 14,655 participants! In addition, 1,246 people had taken upon themselves to perform a mitzvah in the pilot’s merit!

To say that I was stupefied is an understatement of epic proportions. Within the space of twelve hours, I had been privileged to witness two extraordinary examples of what makes our small but mighty nation so unparalleled and truly magnificent… 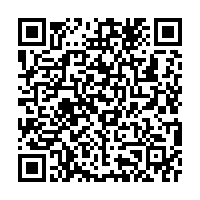