Every bar mitzvah is special, but some are more special than others.

Thirteen years ago, our son was born with a rare and life-threatening condition. The first few years were touch and go. Each milestone in his life carried extra significance.

There is so much we take for granted when a healthy baby is born. He can breathe, suckle, and move. But when a child is born sick, we are given a special pair of glasses that open our eyes to the miracles in the seemingly mundane life events.

Our son’s bar mitzvah preparations were especially emotional. We had merited seeing our very sick baby blossom into a sweet young man with many friends and a good heart. He still had some challenges, but he was – by the grace of Hashem – doing beautifully.

We live in Eretz Yisrael and have little family here. Most of our family could not make it to the celebration. But we could not image the bar mitzvah without Grandpa.

Grandpa comes to visit often, and always stays with us for weeks at a time. He is so much a part of the texture of our lives that even when he’s not here, we tell each other Grandpa jokes and refer to “Grandpa’s seat” and “Grandpa’s room.”

The only problem was that Grandpa had gotten too old to travel by himself. Generally, Grandpa travels with family. But since nobody was coming from the U.S. in time for the bar mitzvah, how were we to get Grandpa to Israel?

We live in Beit Shemesh, a city with many wonderful people. We sent a message to the local e-mail list, and found an amazing lady who stepped forward and volunteered to escort Grandpa from New York to Israel. She was going to be in the U.S. for a simcha, and was delighted to help out. We were able to book Grandpa’s ticket on her flight.

This woman was like a dream come true. She had experience working with the elderly and was willing to help Grandpa check in his luggage, get the airport wheelchair, keep an eye out for him on the plane, push his wheelchair when they had to change planes, and see him through customs at Ben Gurion Airport. She understood how uncomfortable it was for him to accept that he could not be as independent as before. So she was planning to tell him that he was helping her. How wonderfully everything was working out.

Four days before Grandpa’s flight, our plans hit a snag. Forty minutes before Shabbat, someone called to let us know that Grandpa had no way of getting to the airport. How in the world were we, in Israel, supposed to figure out how to get Grandpa from Brooklyn to JFK?

Out of desperation, I called someone in Brooklyn to ask if she could drive Grandpa, but she wasn’t able to help. Then she said something that sounded as if it came right out of a comic strip:

“Wait! Why don’t you call the Mitzvah Man?”

“Mitzvah Man? You must be joking!”

I was waiting for her to say, “Look, up in the sky! It’s a bird, it’s a plane .” I truly hoped that Hashem would show me the way out of this very stressful dilemma, but I didn’t count on Him to have such a great sense of humor about it.

But she meant it. She even gave me Mitzvah Man’s phone number and website address. Yes, Mitzvah Man has a website!

With the clock ticking toward Shabbat, I had no time to lose. I called Mitzvah Man. Much to my delight, Mitzvah Man answered the phone.

It was clear from the background noise that Mitzvah Man was a busy workingman. Within the first 30 seconds of the conversation, I knew that I had found the person who could help me. While he listened to my story, he kept his business running, listened to workers and gave instructions – all the while working out a way to solve my problem. Talk about multi-tasking! They say that if you want something done, ask a busy person.

Mitzvah Man came up with a two-pronged solution: try finding a volunteer, but as a backup, line up a responsible cab driver. Grandpa didn’t just need someone to pick him up and drop him off; he needed someone who would help him carry his luggage from the apartment door to the car, and to stay with him at the airport until he met his plane escort. I could almost see Mitzvah Man’s gears turning. Before we were off the phone, he already had the cab driver lined up as a backup, but he was still trying to find a volunteer. He took my contact information and said that he would work on it.

Imagine my surprise when I found an e-mail from Mitzvah Man waiting for me after Shabbat. Not only had he found a volunteer to get Grandpa to the airport, but the volunteer had already been in touch with the plane escort and they had already worked out where to meet. The weight of the world had been lifted from my shoulders.

The volunteer turned out to be a lovely young bride. When I spoke with her, she made me feel as if I was doing her a favor by giving her the opportunity to do this mitzvah.

Where do such people come from?

First, Mitzvah Man, a very busy workingman, found a way to fit chesed into his schedule. Then, a young bride took the time to drive an elderly man to the airport. Finally, a sweet woman volunteered to escort a total stranger on the plane trip from New York to Israel.

Where do people like this come from? I’ve been thinking about that a lot.

I thank all these amazing Mitzvah Men and Women from the bottom of my heart.

Every bar mitzvah is special.

But my son’s bar mitzvah was especially special. He had his Grandpa with him. 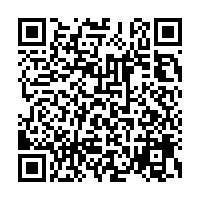