Judaism holds that there is no “luck” or “coincidence,” but that instead Hashem absolutely controls everything. In keeping with that, I have a wartime photograph of my late father next to the wreckage of his crashed bomber. This is for me nothing less than a pictorial representation of divine providence.

The photograph was taken in early 1945, a month after my father’s B-17 was attacked by Nazi fighter planes that raked it with machine gunfire during a bombing mission over Germany. The bomber’s engines burst into flames over enemy territory but the pilot kept the plane aloft for 15 minutes, enough time for them to return to French airspace. It crash-landed there, killing five of its crew and injuring the other four, including my father.


In the photo my father looks fit and happy, but under his jauntily positioned airman’s cap, his fractured head was swathed in bandages. Despite his broad smile, he, like all of Europe’s Jews at that time, was in an abyss of despair, doing whatever he could to escape Nazi annihilation.

Five years earlier, in 1940, when my father was 14 he had been deported to a series of squalid internment camps for Jews in southern France. There he had lost his parents and some 30 other family members to disease, hunger, brutality and transfers to death camps. After 18 months he managed to escape, became a farm laborer under a Gentile identity, and joined the French Resistance.

After D-Day, in the summer of 1944, the French Resistance was reorganized into a regular military and my father, always interested in airplanes, became an aerial machine gunner on a “Free French” B-17 Flying Fortress.

He flew about a dozen bombing missions serving as a gunner in the tail end of the plane. Right before the doomed mission in late December 1944, he was moved to the canopy gunnery position atop the plane. As his bomber lost altitude with the ground rushing up, my father remembered his last thought: “How am I going to get out of this?

He woke up in a hospital four days later with a fractured skull. When his plane had crashed, the impact shattered the top canopy and he was flung free, landing in a pasture some distance away from the wreckage. The five crewmen who had not been flung from the plane, including the new tail gunner, had not survived.

I had seen the photograph of my father’s crashed plane when I was a teenager and I asked my father how he had coped with nearly getting killed. He shrugged and explained that, “In war, if a bullet has your name on it, you can’t do anything about it” – a soldier’s take on divine providence. In a nutshell, that was the way my father, Kurt Lion, of blessed memory, lived his 84 years. He always advised me to come to a decision, take action, and then not worry about it. “Whatever is supposed to happen will happen,” he counseled.

Since his death three years ago, I have kept that photograph on a shelf beside my bed. I cherish the photo because I can see him as a young man. It also strengthens me when I have decisions to make or am afflicted by doubt or fear, either on personal matters or larger political situations – including the fate of our people in Israel and elsewhere. The photograph gives me courage. It is a reminder of hashgachah pratis, that Hashem is in control. 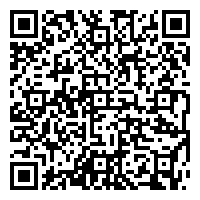