It was a lovely summer night in the Holy Land. My husband and I, and a dozen or so of our colleagues, straggled into our hotel, exhausted but exhilarated after a long action-packed day of touring and activities. As we entered the lobby, we heard the unmistakable melodic strains of a piano being played in an adjacent room. My husband excused himself for a second to check out this unexpected impromptu concert, while I waited for the elevator and ascended to our room, already dreaming of a hot shower and a comfortable, welcoming bed.

Predictably, the “second” evolved into half an hour, then an hour, then more – and still no sign of my better half. Then, he suddenly rushed into the room, grabbed his video camera and urged me to join him downstairs. Truth to tell, I have never been a tremendous maven or aficionado of classical music or chazzanus. But his enthusiasm was so apparent and contagious that I decided to temporarily put my plans for a relaxing evening on hold and see what had gotten him so excited.


An hours-long jam session was taking place in a small lounge near the hotel lobby, and scores of guests who had been magnetically drawn to the sound were either sitting or standing throughout the cramped space, captivated by the familiar tunes. My husband was in seventh heaven. Although he had been visibly spent from the tiring day that had just ended, the upbeat music had revived his spirit and given him a second wind. The musicians obliged him by acceding to his requests and playing a few of his favorite songs. With their permission, he spent a few moments videotaping their performance; then he thanked them profusely for the unexpected treat before belatedly heading to bed.

During the few days since our arrival in Israel, we had noticed several placards and posters strategically displayed around town, announcing a concert series by a group of highly acclaimed chazzanim, both local and from abroad. We had even seen chairs set up for one performance during our visit to Yad Vashem. What we had not known until that night, however, was that these world-renowned chazzanim were staying in our hotel.

My husband always cherished the memory of that surprise impromptu concert, and he faithfully guarded the footage of the video that he had taken that night.

After numerous years of searching, our bechor finally met his soul mate and decided that he was ready to get engaged. To that end, he asked us to fly cross-country to meet the girl and her family prior to him popping the question. We scheduled our meeting around a conference on the East Coast, took the young woman out for lunch, and quickly perceived what had drawn our son to her. Then, we drove to meet her parents in their New Jersey home. Baruch Hashem, we hit it off beautifully with them as well, and spent a few relaxed hours looking at albums and trading anecdotes.

During our conversations, the girl’s father mentioned that he was an avid fan of chazzanus – so much so that during his limited spare time he organized concerts in various venues in the U.S and Israel. My husband shared with him his passion for music as well, and reminisced about the wonderful jam session we had been privileged to enjoy on a summer’s evening in Yerushalayim. Suddenly the room became eerily quiet. And then everyone seemed to begin speaking at once.

After a litany of questions and astonished replies, we all marveled at the incredible “coincidence” that had transpired that fateful night. Providentially, our future mechutan had organized the concert series for which the practice session was intended, and which my husband so relished. But even more remarkable was the fact that both he and our future kallah were staying in the same hotel as us and had likewise attended the spontaneous pre-concert.

To top it off, my husband dug into his pocket and, with a theatric flourish, extracted the flash drive onto which he had downloaded the video that he had filmed that long-ago night. With everyone anxiously crowded around in expectation, he inserted it into our future machatanims’ home computer. All the participants in the room held their collective breath as they relived that surreal night in the Holy City. 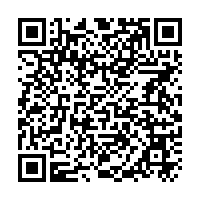