“What am I doing here anyway?” she could not help asking herself several times a week.

It had all started off innocently enough. She and her sister had booked one-way flights to the United States, departing just after Pesach. Her sister had been pressured to return ASAP to her responsible yearlong position on the East Coast; no tarrying with her parents and siblings in the Holy Land was permitted.

She, on the other hand, had always spent her summers on the West Coast, visiting friends and getting her fill of the pleasant weather and familiar sights. This year, however, she decided to fly together with her sister to New York, and spend a few precious days with her grandparents and married siblings before continuing on to the West Coast and her usual routine. By leaving Israel a couple of months earlier than usual, she was confident that she was returning in time to land a lucrative summer job and pursue a promising shidduch suggestion.

But despite her best intentions, all the best-paying summer jobs had already been snatched up; the ones that remained were characterized by minimum wages and long hours of menial work, neither of which appealed to her. So she ended up spending July and August nibbling away at her savings rather than accruing income. Instead of a position in the summer program, she was offered a job as a full-time teacher’s assistant from September-June. To our dismay, she happily accepted, and soon began researching long-term housing options. She also enrolled in a few enrichment courses in education at a local university, as per her employer’s directives.

At the same time, she began dating the “promising shidduch suggestion” that had been one of her primary reasons for flying 9,000 miles from her family home on such short notice. Except that on second glance, it was not quite as “promising” as any of us would have liked. Aside from some significant cultural differences, the young man was far from as frum as we had hoped and also seemed virtually adrift in other areas, including his indecision regarding possible career choices and job prospects. Unfortunately, our long-distance expressions of concern and disapproval took a while to sink in. Eventually, however, our daughter saw the light and delicately terminated the shidduch.

Then, shortly before the school year commenced, the school relayed the unhappy news: Due to lower-than-expected enrollment, her contract hours had been cut by a few hours per day. Needless to say, her once tantalizing salary was adjusted to reflect her reduced hours, and consequently no longer retained its previous allure.

That is the precise juncture at which the recurring question began to pound at her brain. “What am I doing here anyway?” she wondered after her shidduch was no more and her salary was the victim of a vicious machete attack. She had no answers, and neither did we.

The answers, though, were out there, waiting patiently and shimmering in the distance until the One with all the answers decided to enlighten us.

Aside from her many other talents, our daughter is an excellent amateur photographer who owns a professional camera and graduated from a prestigious photography course. So naturally, when her cousin came to visit with her husband and baby, she could not resist the opportunity to take pictures of the young family. She especially reveled in capturing the baby’s delightful smile and the delicious twinkle in her eyes. She snapped photo after photo of the adorable nine-month-old, one more precious than the next. Her aunt, the baby’s proud grandmother, was thrilled with the results of the impromptu photo session. She eagerly showed her first grandchild’s photos to anyone and everyone within a five-mile radius. 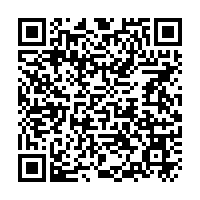