I was afraid that I’d sleep through my alarm, which was set for 4:30 a.m. I ended up having a fitful night sleep. When the alarm startled me from my sleep, I hastily got up, got dressed, grabbed my siddur with lists of people to pray for and raced down the sidewalk.

The air was cool; not a soul was in sight. The sky was dark. In the near distance I could hear the sound of a bus. “Oh no!” I thought to myself. “I’m going to miss it!” Within seconds a bus loomed before me. I waved at the driver from the other side of the street. He stopped for me and I got on.


Despite the early hour, there were a handful of people on the bus. I sat next to a familiar face. We introduced ourselves and I told her that I know her daughter-in-law from my Israeli dance class. The woman was on her way to the Kotel for her 21st consecutive day. It is known that davening forty consecutive days at the Kotel can bring wonderful things.

Despite being excited about seeing the beautiful twinkling lights of a mostly sleeping city, I was exhausted and kept yawning. I looked a the other passengers as they boarded. I had the feeling that they were regulars. The driver seemed to recognize each one, even stopping at corners without bus stops to pick them up. As the bus wound its way through various religious neighborhoods, the formerly almost empty bus filled up to standing-room-only.

Why would I leave a nice, soft bed before dawn to travel to the Kotel? It was because of my friend Renee. Over the distance of an ocean she had finally divulged that she has been battling a life-threatening illness for five years.

At the weekly class on prayer that I attended, a friend told me that early in the morning there is entrance to a special spot in the Kotel tunnels where the stones “weep” and which is across from the Holies of Holies of where the two Holy Temples once stood. On this morning I wanted to plead, cry and beseech G-d that He should send my dear friend a refuah shelaima.

When I arrived at 5:15 a.m. the gate to the special place in the Kotel tunnels was locked, and so I davened in the tunnels where there is a women’s section overlooking the indoor men’s section. When I came out from the tunnels I was surprised to see hundreds of women and girls davening by the Kotel at such an early hour.

I returned home in time to see some of the children off to school, kindergarten and nursery. Later that morning, after making inquiries, I found out that the gate to the special place in the tunnels only opens sometime between 6:30 a.m. and 6:45 a.m.

The next morning I caught a 5:45 a.m. bus to the Kotel. This time a guard opened the gate at 6:30 a.m. I hastily walked down the narrow passageway to where water slowly leaks in the wall. There were some candles glowing, dim lighting and some chairs. I pulled over a chair right up to the wall. The small space quickly filled up with women. I was surprised how many women could fit into the space. (I was reminded about how, miraculously, there was enough space in the Holy Temple when people bowed down in prayer.) With the dim light, sometimes obstructed by a fellow davener, it was not always easy to read the words that I wanted. But despite this minor inconvenience, I was able to daven with tremendous kavannah. I prayed that my prayers would always have such kavannah. I davened that the gate of tears receive my prayers and grant Renee a complete recovery.

Epilogue: I will not see nor speak to Renee again in this world. Her soul returned to her Maker. What happened to all of the prayers said and all of the tears shed? Were they in naught? The rabbis teach that no prayers earnestly said or heartfelt tears shed are wasted. I remember when Rav Shlomo Zalman Auerbach, z”l, was very ill. Jews the world over davened for his recovery, but he passed away. Later I heard that a young boy who was dying from cancer and who lived in a different part of the world made a miraculous recovery. He bears the same name as Rav Auerbach. 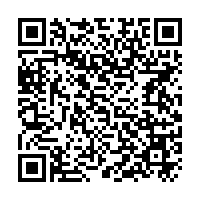