During the early evening of February 4, 1997, two Israeli army helicopters, heading toward the security zone in Lebanon, collided in midair and all 73 soldiers, officers and technical crew were killed. Until that time, it was the worst helicopter crash in the annals of aviation history.

The two helicopters collided in the sky over the moshav Sha’ar Yeshuv, which is located in the Upper Galilee, in the northeastern part of the Jezre’el Valley. One of the helicopters crashed into a tzimmer in the moshav, while the other crashed into a field outside of nearby Kibbutz Dafne. The mission had been delayed by a day due to inclement weather.


This tragedy was in the forefront of my mind as my family and I wended our way, the week before Pesach, from Har Nof, Jerusalem to Sha’ar Yeshuv. (The name of the moshav comes from the Book of Yeshayahu 7:3. Sha’ar Yeshuv was a son of Yeshayahu, the navi. ) I also thought about the son of a friend of mine who was slated to be on one of the helicopters. Due to a lack of room, he did not get into the helicopter on that fateful day.

Taking a family vacation the week before Pesach is not for the weak of heart, but it has its advantages. There are no lines of people waiting to enter an attraction, one is not caught in a snarl of traffic with hundreds of thousands of other vacation seekers and the prices for accommodations are lower than during Pesach itself. Moreover, there is an incentive for the children to get their Pesach cleaning done early so that we can leave for a vacation. However, it is not a foolproof incentive, and many times I would have to remind them of the upcoming trip. All of my cleaning goals were never reached, but we never left anyone home in his half-cleaned room.

Our accommodations were in a modest and plain ground floor tzimmer. There was a large grassy area in front which included a large, black, heavy-looking barbecue. The only minus to the tzimmer was the large armies of ants that marched on the floor.

So what is one of the first things that a family does when it arrives at its destination? Unlike previous generations, we do not have to forage for food. Our first hike was to the local grocery store. It was not very well stocked – there was no peanut butter – so we purchased chummus salad instead.

One of the day trips we took was to the Banias Nature Reserve in the Upper Golan. The Banias Spring emerges at the foot of Mount Hermon. It flows powerfully through a canyon for approximately two miles, eventually leading to the Banias Waterfall. It is the most impressive cascade in Israel. It was a chilling experience. Just dipping one’s feet into the water earned one a badge of courage!

Upon our return to Sha’ar Yeshuv, my husband started preparing the large, heavy, black barbecue for a cookout. I focused on food preparation. The children scampered and romped on the grass.

All of a sudden my husband called out loudly. Our youngest child had climbed up onto a chair near the heavy barbecue in order to see what his father was doing. The chair fell over and our son grabbed onto the nearest object, which was the flaming hot barbecue. My husband was sure that he would have to rush our son to the hospital. What a miracle! He was totally unscathed. So many words of thanks to Hashem were davened. The words of Dovid haMelech fit every occasion.

That evening, we heard on the radio that a young child, vacationing with his family on the banks of the Kinneret Sea, had gone missing. Every time I awakened that night I davened to Hashem that he shield this child from harm and deliver him safely into his mother’s arms.

Following my fitful night of sleep, I asked my husband if there was news of the missing child. The little boy had been found safe and sound. Boruch Hashem, boruch Hashem, my heart sang.

Now, many years later, I ponder the name of the moshav, Sha’ar Yeshuv. The words mean (the) “remainder will return.” Hashem had returned a missing little boy to his parents and our son had been protected from harm. 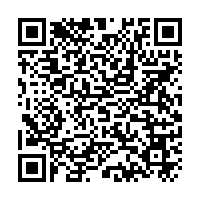