Eli Strull is a typical, young, secular Israeli. He grew up in a secular home and pursued a career in music, in which he is very talented, attested to by his discs in which he sings and plays multiple instruments. To augment his earnings he works as a sound engineer, a job he has had for twelve years, and to further supplement his income he occasionally works as a private investigator. An easygoing, charming, amiable guy, he could easily have continued on this path without any detours. But he’d be the first person to tell you that life doesn’t work like that.

One day, he accompanied his mother to a jewelry store but the jewel that caught his eye was the store manager. She completely captivated him and he began courting her with every ounce of romance young musicians possess. One day she called him with a heartrending account of how she was suffering and had to get away. Eli lent her the money to go. But after she left, a nagging feeling woke him up in the middle of the night. He decided to do some investigating and discovered that she had a criminal record for exactly the type of scams she pulled on him. But she was a professional, and he was in love, so it took some time until he decided to stop pursuing her romantically and start pursuing her legally.


The whole sordid story took a toll on him, but Eli felt that something of a higher nature had rescued him from the abyss the relationship was pulling him toward, and that the nagging feeling had been accompanied by an inner voice. Eli believes in reincarnation and rectifying the soul and he believes with a hundred percent certainty that this whole episode was part of his tikkun.

He decided to use this experience to come closer to God and began contemplating putting on tefillin. But tefillin are expensive and his legal debacle had left with hardly any money. At the same time, his mother decided to sell her apartment and the real estate agent who came over to see it was wearing a kippa.  Eli asked him, “Do you know where I can get an inexpensive pair of tefillin?” The agent said he would look into it for him. He called him back and told him that someone in his shul wanted to donate a brand new pair of tefillin (complete with tallis and siddur) to someone but that that person had to commit to putting them on every single day. Eli readily agreed. “It was a miracle,” Eli said. He wanted tefillin and he was suddenly given a brand new expensive pair.

Since then, Eli has added other mitzvoth, like netillat yadaim and saying Shema, to his commitments, and he sees himself taking on more mitzvoth as he comes closer to his Jewish roots. The owner of the recording studio, where he works as a sound engineer, is also religious and he happily answers any questions Eli asks.

On the same day I met Eli, I went to a shiur where the rabbanit, in the context of the class, mentioned Shir Hashirim, Shlomo Hamelech’s metaphoric analogy that compares the relationship of Knesset Yisrael and God with that of a man and a woman. I have to tell you that I have always had problems seeing this intensely romantic story as a parable. But when I think of Eli, maybe it was the intensity and longing of his romantic feelings which led him to the longing for connection with God. Maybe the two aren’t as different as I imagine. Maybe searching for one helps us find the other.

Hopefully Eli will find both connections and as he deepens his relationship with Hashem, he’ll find a girl, this time one who’s more in harmony with the music of his soul. 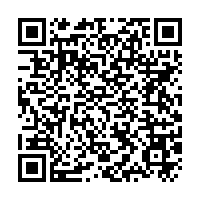