“My daughter had lost the will to live; it was you who breathed life into her once more,” recounted Chaya, Natalie’s mother. Here is her story:

Natalie was married a mere two months when she discovered that she was pregnant. Surprisingly, instead of being ecstatic, her husband reacted with mixed emotions. Then, one day with no prior warning, he simply left home and disappeared, leaving no indication of his whereabouts. All attempts to locate him were met with failure.

My daughter, Natalie, was now alone.

Grappling with her new status and the accompanying emotional turmoil, Natalie could not face the prospect of becoming a single mother. She was determined to have an abortion – and the sooner the better. We, her parents, felt helpless. Though we welcomed her back into our home, we could not provide for a new baby. We ourselves were struggling financially, having amassed large debts.

Luckily, years earlier, my dear friend and neighbor had been introduced to Agudat Efrat. She credited them with having “saved” her baby. In her understanding manner she suggested that before we do anything drastic, we speak to Agudat Efrat’s director, Dr. Shusshiem, and seek his opinion and advice regarding abortion.

With nothing to lose, we agreed to do so. The man turned out to be a lifesaver. Our meeting proved to be a turning point for Natalie. With his warm encouragement, she regained her confidence and made a commitment to proceed with the pregnancy despite being alone.

During this period, my husband never despaired of finding Natalie’s husband. He wanted him to know that Agudat Efrat had promised to help Natalie after she gave birth by shouldering the cost of the baby’s needs. My husband truly believed that Natalie’s husband had been afraid of this new responsibility, and if he knew that they were not alone he’d gladly come home. Still, he could not be found.

Some months later Natalie gave birth to a healthy baby boy. A message was somehow given to her husband, informing him of his new status as a father. We made it clear that despite the fact that he’d abandoned our daughter at such a pivotal time in her life, we did not intend to settle scores.

We went ahead with the preparations for the bris milah without him; it was scheduled for first thing in the morning at the shul where my husband always davens. And then, to everyone’s surprise, Natalie’s husband appeared. After our initial shock at seeing him, we gave him the baby to hold and watched as he clutched the baby close to his heart – crying tears of joy and regret. There was no need for words. Looking at his baby, he understood the magnitude of his actions and how close he was to discarding the people most precious to him.

Naturally, there were hurt feelings that needed to be dealt with. But now husband and wife are living together, raising their baby with enthusiasm and commitment. There is not even a shadow of doubt that without Agudat Efrat’s help, this child would not have been born.

Every care package that arrived from Agudat Efrat renewed Natalie’s commitment to forge ahead with life. It gave her the strength to cope with her difficult situation.

Thank you, Agudat Efrat, for being true to its word in every possible way. 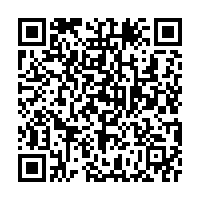