Traveling sometimes presents an opportunity to interact in a positive way with a fellow Jew, sometimes even in an important way. I’d like to share with you the following amazing story that took place on the road.

This story was told several years ago. It happened in Eretz Yisrael where, as in most other places, when there’s a traffic jam, people often get upset, impatient, anxious. They want to get to where they are going and are quite put off by the delay. However, there are reasons for traffic jams. Sometimes it’s because there’s construction being done on a road, or a heavily laden large truck that can only move very slowly. However, sometimes the reasons for a block-up are much more serious than that; sometimes they involve accidents, and that means people. Here, in Eretz Yisrael, it usually means fellow Jews.


A few years ago there was a traffic jam in Gush Etzion. Those who were in cars close to the source of the backup saw all too clearly that there had been a terrible accident. A young woman, we’ll call her Rachel, who was on her way back to the Gush, looked out of her window and saw a demolished car, which, because it was askew, was the cause of the jam. She looked around and was shocked to see on the road, near the car, a sheet which was obviously covering a lifeless body.

Rachel was thrown by the sight and began to caringly think whom this person might be. A man a woman? Single or married? Are there now orphans or bereaved parents? Her heart filled with concern and love for the victim and his or her family, and so she took a book of Tehillim from her bag, and got out of her car in order to relate to this tragedy in a meaningful, significant way, in a way that relates to Hashem, for she knew that He is the ruler of the world and all its events. And so, with heartfelt tears pouring out of her eyes, she stood there, reciting the ancient holy words of King David. After a while, the cars were able to move again, and so she slowly put the Tehillim back into her bag, got back into her car and went home.

About two weeks later Rachel’s phone rang. When she answered, she heard an unfamiliar voice, the voice of a young woman. The caller asked Rachel if she was the person who said Tehillim two weeks ago at the site of a terrible auto accident. When Rachel answered in the affirmative, the young woman on the other end burst into tears and, with overflowing emotion and gratitude, said that she was the girl who was lying on the road covered with a sheet! “The fact that you read Tehillim saved my life, and I’m calling to say ‘Thank you!'”

She then went on to explain that she had experienced clinical death, which is why they covered her, considering her dead. She explained that her soul had left her body and went upwards, from where she was able to see all that going on below her on the ground. She saw her own body, covered by a sheet.

“When you started to read the Tehillim” she said, “all the letters of the words you said flew around me, giving me a misty feeling and pulling me downwards. At that moment a Magen David ambulance arrived and the medics decided to try to revive me. They tried again and again in an attempt to restart my breathing and to get my heart pumping again.” She said that all that time she felt the letters of the Tehillim wrapped around her in a pleasant light, bringing her soul back into her body.

Later, after she was home, she contacted many different people who might have been in that area to ask if they had been present at the scene of the accident, and if so, if they saw someone saying Tehillim. Eventually she found someone who had been there and was able to tell her Rachel’s full name, and from that she was able to get her phone number.

The young victim of the accident wasn’t religious at the time, but after what happened, she became religious, became a baalas teshuva. As you can imagine, since then she’s been saying many chapters of Tehillim, as well as trying to influence her friends to do the same.

In the words of Rachel: “Before this, I had no idea about the great power of prayer and what could be achieved by reading Tehillim.” Now she knows, and, in her merit and in the merit of David HaMelech, so does the young lady who benefited from the reading of those holy words by a woman whose heart was filled with ahavat Yisrael and the understanding that everything is from Hashem.

Let’s learn from this story and do our utmost to always remember that everything, everything is from Hashem, and to speak to Him, and ask, and beg for His help whenever we need it. And also, let’s not forget to thank Him, too, as did the girl in this story, in her own, very real way. 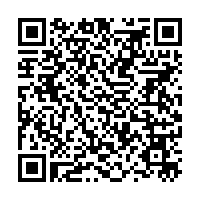