Israel, the year is 1994, Yom Kippur. It was my fourth pregnancy, and the baby was ten days late. A sick person is not allowed to fast on Yom Kippur, but pregnancy isn’t a disease, it’s just a situation. The Rav said I should fast. I knew I had to be careful because we lived forty minutes from the hospital.

While my husband Nachum went to shul, I spent my day entertaining the three older ones, ages five, three, and one. We read stories, played with Lego, dolls, and Playmobile, read more stories, and divvied up bags of goodies. In between, I tried to pray on this most holy day.


Around noontime, I felt a suspicious jolt in my left side. I laid down on the couch. Whoa! Another one. I put one and two together: if there’s a baby inside, and it’s past the due date, and I’m fasting, I guess it means that I’m having contractions, and this is the beginning of labor!

I sent Dovid to get his father in shul.

Nachum came home and asked me if we should go.

Why didn’t I call an ambulance? I do not know. And believe me, I was not trying to be overly pious. Perhaps I thought I myself could somehow put off the inevitable. So I forgot about food and drink, and I forgot that there is only One who is in control of life – and that One is certainly not me.

I laid on the couch, and the children found friends and enough potato chips to keep themselves busy. My husband assumed I knew what I was doing, and he went back to shul.

Well, Hashem had mercy on me. Yom Kippur ended peacefully, with no baby in sight. In fact, things seemed to slow down.

We got ready to go to the hospital. My husband brought the children to a neighbor. We puttered around a little, maybe a little too much considering my situation. Still, I washed a pot. Nachum packed the toothbrushes, the dental floss, and the other necessities. We started off to the hospital, my husband driving, while I sat in the back of our tiny white Citroen.

I suppose it was all that puttering, but right at the halfway point, the baby made known that it was time.

“It’s coming out!” I screamed.

My husband is usually a civilized driver. At this point he could have rivaled any teenage road racer. We were coming up to Telzestone, just outside of Jerusalem.

“Should I stop at the Mother-Baby Convalescence Center?” I flashed an image of rushing into the Center, breaking the tranquility of the tired mommies and fresh little babies. What would they do with a woman in labor? Give her a private room without pre-registering?

We reached the entrance to the city.

“I don’t know…no, just keep going to the hospital!” There it was, another very strong reminder that this baby was ready to come out.

And while he was driving a tad over the speed limit, what was I doing? Well, what would anyone, and I mean anyone, do in a foxhole?

“Hashem,” I davened, “Please close me up!” Of course given the tense situation, and given my finite brain, that was the only solution I could come up with.

We arrived at a major intersection. There was a red light.

“Linda,” I heard my husband’s voice from somewhere outside my foggy state.

“Linda, there’s an ambulance in front of us. Should I stop it?”

He got out of the car to pound on their window. The red ambulance light went on, and they brought me into the ambulance.

“What’s going on?” They saw that I was fully conscious. As I recount the story now, I’m thinking that I should have given them a multiple choice test. Choose one: I have a splinter in my finger, I have athlete’s foot, or…”Please take me to the hospital. I need to have a baby!”

I said it as full of dignity as I could muster. It’s embarrassing, you know; they might think I was an irresponsible mother (which I was, sort of).

I looked around at the young volunteers: a sweet looking girl, maybe eighteen, and two young men in their twenties.

One of the young men said gently, “It’s OK, we’re here to help.”

“No, please take me to the hospital!”

I did not have much of a choice.

“Don’t worry, ” The girl said. “This is our third birth in the ambulance. Yom Kippur is a popular birthday.”

And right then my little pink bundle of joy was born, into the arms of the sweet teenage girl.

When we reached the hospital, my husband, who had followed along in the Citroen, was informed about his new baby girl.

Only the Creator could have come up with such a creative solution. And all this was in spite of our own human foibles. 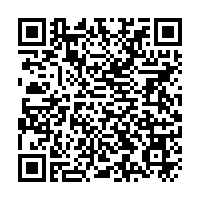