I am your original fresh air fiend. I open all my windows in the morning and close them before going to bed. On the other hand, staying in an American house with my husband and babies after spending years in an apartment in Yerushalayim had awakened my inner “scaredy cat.” It was simply too quiet. I found myself checking and re-checking that all the doors and windows were locked and becoming jumpy whenever my husband went out. Every noise from the aging heating system or creak from the staircase made me suspect an intruder. Even as an inner voice reproved the “scaredy cat” for a lack of faith and my brother laughed at the kid who had once-upon-a-time grown up in a house herself, I was helpless against my fears.

We had rented a house around the corner from my brother’s home so that we could spend time together. Our stay in the States was almost over; it was the last Shabbos. In the absence of an eruv, another thing I had grown so accustomed to, we were grounded.

The morning began peacefully. I made kiddush and then began to daven, while my little Motti opted to play in pajamas. He was still happily pushing his truck around when my husband Avi’s knock sounded on the front door at 11:30. I went out into the tiny porch to open it. As we exchanged “Good Shabbos” greetings, there was a sudden gust of wind. The inner door that led from the house to the porch, slammed shut. And on the heels of the noise, a small pajama-clad person came into the entrance hall, looking for Daddy and Mommy, who were staring at each other in horror on the other side of a pane of semi-opaque glass.

Avi tried to convince our two-year-old to bring a chair to stand on so that he could open the door. Little Motty was confused as to why his all-powerful parents couldn’t just open and come inside, but on being promised a treat, he started toward the dining room and we could hear a chair being dragged. The baby crawled into the hall, and I felt a huge surge of gratitude that I could see her; that she was safe and not getting into any trouble. A few minutes later, she would hear our voices through the keyhole and start to cry, but for now she was calm.

Motty dragged the chair to the door. Avi instructed him to stand on it and tried to direct his hand to the lock. He couldn’t reach. We told him to go off and move the chair closer. He moved it. He still couldn’t reach.

We looked at each other helplessly in that tiny porch, and then at our kids through the locked door.

The back door from the garden and all ground floor windows were locked, that much was certain after the way I had been carrying on during our stay.

“Avi,” I said, completely panicked now. “I don’t think even if he reaches it he’ll be able to open. It’s stiff, you have to know how to move it.”

The last kiddush goers straggled down the street. I scooted off to knock by two neighbors whom I thought might have a key. No answer.

The baby was becoming hysterical. The sound triggered my own hysteria and I began to babble. Did Chaverim pick up phones on Shabbos? What was their number? Or Hatzolah? The only number I knew by heart over here was 911. Should I borrow a phone from a passerby? We needed to get in to our kids. I needed to go to my baby. My baby needed me! She was almost due for a feed and she had to eat! 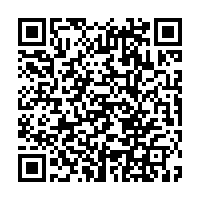