“I went out into the hallway and asked the first person I saw whether he knew an Aviva Krusky married to someone named Shlomo. ‘Sure,’ he said. ‘She’s married to my cousin, Shlomo Freiberg.’

“It turns out he was looking for his mezuzah and had mentioned it to his cousin, but had never realized he’d thrown it in the genizah by mistake.” 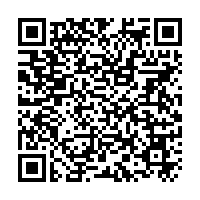