Meir was an amazing school principal. The school he ran outside Jerusalem was popular and successful. Occasionally it took him weeks, even months, to convince parents to send their unwilling children to his school. But his popularity and success spread by word of mouth and parents were relieved to share their tremendous burden with someone who so obviously cared for all of his pupils.

He had an instant rapport with young boys and teenagers – even those whose connection with Yiddishkeit at this moment in their lives was very tenuous.


Meir could always sense their pain and troubles and would go to any length to get them to open up to him, whether it meant playing football with them for hours or going for a horse or even camel ride. His work was a 24-hour job; he was available to parents and children at all hours of the day.

His students were challenging, each with his own story and background that had brought him to the school. Some examples: parents with a serious drinking problem; a mother who injected herself with drugs in front of her children; children torn between divorced parents, wretched pawns in a lose-lose fight; children from homes where one parent was Torah-observant and the other not, with the ensuing fights and discord this often brought; and children in homes where neither parent worked and money was so scarce that the children were always hungry. Due to the family problems many of the children were verbally and mentally abused, and although there may be no physical bruises on their bodies, their souls were scarred.

The school provided not just an education but far more. There was love, understanding, warmth, food, fun, prizes, encouragement, and above all a home and a listening ear that was non-judgmental. Meir was not just the principal, but also the children’s counselor and advocate.

But one thing Meir couldn’t abide was machloket. He would fight wholeheartedly on behalf of his pupils in a situation involving a dispute – but not so if it was political, educational, or religious in nature. He would go out of his way to avoid being involved, in any way, in those types of disputes. Meir knew they brought only trouble and Chillul Hashem.

He even refused to send his own sons to a highly respected yeshiva because it was mired in machloket. He didn’t believe anyone could learn properly in such an atmosphere.

One day Meir was told that the local municipality of the small town where the school was located could no longer afford to fund two religious schools in the area. He would have to “fight it out” with the other school’s principal to determine which school would receive funding. Meir didn’t take long to reach a decision. It didn’t really matter that his school was the smaller and newer one; Meir was set on never getting involved in any political fight – even for his school’s existence.

It was a sad day for Meir, his pupils and their families when he announced that he was closing the school. Despite pleas from parents and students to change his mind, he was adamant. He would not get involved in any fight for the right to receive funding. He recommended to all the parents that they send their children to the other religious school, which would now stay open.

He kept in touch with many of his pupils, especially those who didn’t transfer to the other school. He displayed loyalty to them, showing a great concern for their welfare.

The following year was difficult for Meir and his family. He didn’t find a principal’s job in another school, and although many asked him to teach them how he had been so successful, these calls and meetings – during which he always freely shared his experiences – didn’t provide an income. 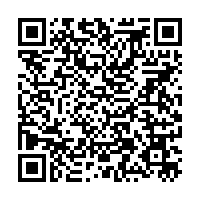