It should have theoretically been a reasonably easy Pesach. Notice I said “should have” and “theoretically” in my opening sentence. As you’ve already guessed: in fact, it was not.

The reason it should have been easier is that we were only expecting one small family of our kids from the U.S. to join us, as opposed to multiple larger families as in years past. And this one small group was scheduled to arrive one day – rather than the hair-raising one week – before Yom Tov commenced.

Still, as I may have already mentioned, making Pesach and making it through Pesach ended up being quite a challenge. And the post-Pesach clean-up and laundry marathon lasted weeks. I have taken the liberty of naming a number of our earlier Pesach experiences; this particular Pesach screams “The Pesach of the Double Trouble,” and that is how it shall no doubt be remembered.

The first instance of seeing double occurred shortly after I spent hours painstakingly cleaning my oven.

Baruch Hashem, we have an American self-cleaning oven, which admittedly did most of the heavy work for me. But I still managed to work tirelessly to clean the door and adjacent areas both before and after the self-clean cycle was activated. Finally I was reasonably satisfied that the oven had been rendered as clean as humanly possible, and was ready to commence operations.

But I was still busy readying the guest room and cleaning the grandchildren’s toys and books, in a seemingly endless and equally brainless marathon. And so, to my disappointment, the cooking and baking had to be put (pardon the expression) on the back burner for the foreseeable future.

I eventually took a brief break from that mind-numbing toy-washing activity, and ordered pizza for dinner. And while I awaited its arrival I had (what I thought at the time was) a brilliant light bulb moment.

“I’m going to prepare my simplest blondies recipe,” I shared with my husband. “That way I’ll at least feel that I’ve accomplished something other than this never-ending drudgery!”

“Knock yourself out!” my husband humored me, not realizing how prophetic his words would be.

I quickly threw together a couple of pans of Pesach blondies, and slid them into the sparkling oven just as the pizza delivery guy knocked on our door. We sat outside on our porch savoring that delightful treat while the blondies baked inside the house. A win-win, right?

Suddenly the house began to fill with smoke, which was visible from the porch. The smoke detector would have been shrilling by then as well, but we had disconnected it during the self-clean cycle and had not yet reconnected it.

I hurried inside and opened the oven door with no small measure of trepidation.

My pristine oven from moments before had been cruelly transformed into a sepia-toned distant memory. Aside from the smoke, there were charred lumps of unidentifiable black charcoal dotting the oven bottom and shelves. The pans of blondies had suffered minor volcanic eruptions, and chocolate chip-flecked batter hung like drapes around every side.

I carefully extracted the evidence from the oven, shut the controls, and got to work scrubbing and scouring to obliterate as much of the debacle as possible. I didn’t know whether to laugh or cry.

The good news was that my husband gobbled up every crumb of the crunchy overflow from both pans, and even the slightly, er, interesting looking squares were consumed down to the last drop, as were the next three pan-fuls.

The apparent culprit was the heavy foil (aka, a threat to life and limb) that we had used to cover the back of the oven. It was unfortunately fitted too tightly and had blocked the oven vents, thereby increasing the internal temperature exponentially (not to mention partially melting the control panel, as is our annual unintentional minhag).

Next were the unexpected sandstorms and rain that literally left their mark on every inch of our makeshift temporary “kitchen” on the porch, including our microwave, blender, toaster, etc., aside from the standard table and chairs.

The third double-take occurred on Pesach itself. We were eating a milchig meal on erev Shabbos, the first day of a two-day Yom Tov. I had left on one burner so that I could cook matzah brei, eggs, and other dishes, fresh for my family and guests. But in my rush to remove the first matzah pizza from the frying pan, I somehow neglected to loosen the crust all around. A tiny piece of the cheese ostensibly glued it to the pan, and half the cheesy, saucy pizza capsized onto the freshly scrubbed stovetop, instantly melting everywhere, and causing an unsightly disaster.

I was able to, more or less, clean the cooler side of the cooking surface, but was far less successful in removing the messy residue from around the open flame. So that painful reminder that “Haste makes waste” remained a gruesome eyesore until after Havdallah. In fact, by the time Yom Tov was over and the area had finally cooled down, it took several applications of caustic oven cleaner and a great deal of elbow grease to restore the stovetop to its previous glory.

Although overall we enjoyed a beautiful Yom Tov with our extended family and guests, it was definitely not easy in any sense of the word. Yes, the more I think about it, “The Pesach of the Double Trouble” has been aptly named indeed. 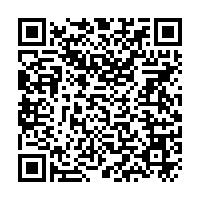