Once a week or so some of my friends and I get together for activities and a little socializing. Over time I have gone through some personal changes and growth, and I sometimes feel out of place with these girls, some of whom I have known for years. I experienced a real struggle during a recent get-together that will surely have a long-lasting impact on me.

The night before I met the girls I attended a most inspirational shiur regarding tznius. The woman speaker talked about taking on new levels of commitment in Torah observance while asking Hashem, in the merit of our actions, for the zechus of earning His assistance. I decided that I would take upon myself the challenge of changing something that had been especially difficult for me to do: wearing stockings or shoes that cover my feet.

As the evening with my friends wore on, I began to feel that it was time to get home and that I had made a mistake in attending. Many friends of mine, though really good at heart, were still wearing miniskirts, tight shirts and other inappropriate clothing. This saddened me, making me feel that I didn’t belong. I felt differently around my friends, unable to be my old carefree self for which they had once loved me. I kept wondering if I had made a mistake in taking on this new way of dressing.

As I said goodbye and started to walk away, a girl I barely knew approached me with tearful eyes, asked me why I was leaving and begged me to stay. I was overwhelmed, wondering why she cared so much if I left. I was surprised because I felt that my presence there wasn’t making much of a difference. I encouraged the girl to spend more time with the other girls, who were eating together in the restaurant. I told her that I have known the girls for a long time and that they are really nice people.

She then said something that truly startled me. “I don’t want to spend time with those girls, who don’t know how to dress. I don’t want to be their friend. Please stay.” All along I was feeling like I stood out in a bad way. But I realized that in reality the way I had dressed represented something to be emulated.

Deeply touched by her words, I hugged her. We reentered the restaurant to join the girls. That night I felt a change inside myself; instead of feeling like an embarrassment I saw myself with respect – as a “bas melech.” I felt a wonderful sense of personal strength, conviction and love for others.

It’s one thing to learn about repairing the world and being an am kadosh; it’s something else to be willing to actually act alone by dressing differently in front of a cohesive bunch of teenagers. I am glad I had the courage to do it.

I thanked Hashem for bringing me to that moment. I had struggled and grown, praying to be able to have many more moments in the future like that one. 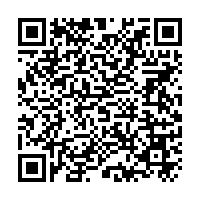