The annual YU Seforim Sale is an event that my husband and I look forward to attending each year. As alumni of YU, it’s nice to go back “home.”

One year, we decided to travel by train.


Alighting from the train, my husband smiled as we entered the elevator which would take us to the subway exit. He was reliving our courtship days. Crowded together, I noticed an elderly lady standing adjacent to me. As we exited, she turned to us. She had lost her way. Yes, she had gotten off at the right street, but she had taken the wrong train and was far from her destination. My husband directed her. She refused our offer to walk her where she needed to go, but she was most grateful.

When we arrived at YU, we were told that due to a change in the schedule for which we were unaware, we did not have much time to shop. My husband turned to me and said that he felt that the real reason for coming when we did was to help the lost lady find her way.

Yet, we had another adventure waiting in store for us.

On the return trip, we simultaneously entered the train with two women who were traveling together. One was elderly. One was middle-aged. At a certain point all four of us changed trains. I found a seat but when the elderly woman followed closely behind us, I got up and offered her my place.

She refused and made some sort of comment alluding to the fact that Israelis can hold their own.

She had met her match.

I refused to sit down.

She, too, continued to stand her ground.

We continued our conversation upright to the amusement of my dear hubby!

After a while, there were several empty seats available.

I refused until she sat down as well.

Whew! She agreed to sit down!

We continued our spirited conversation. My husband, seated across from us, participated in our conversation in a mixture of Ivrit and Yiddish dialect which Nila, (that’s her name) proceeded to translate for her companion, whose name I never learned, but who plays a very central role in Nila’s life.

You see, Nila, is a non-practicing Jew. Her younger companion is a religious non-Jew who assiduously checks Chabad.org each so she can tell Nila what time to bench licht, but Nila refuses to!

Sounding like a typical Lubavitcher, I told that just by striking the match, she is bringing more light into the world, so what’s the problem?

Hmmm. She was pondering my remark.

But, she wondered, since she’s divorced and therefore single, isn’t it true that only married women can light?

I explained to her that not only may she light, I proceeded to tell her that before wartime rationing in Europe made candles scarce, even young girls lit and therefore when the Lubavitcher Rebbe encouraged young girls to light, the Rebbe was merely reinstating what had been a common practice.

In all honesty, I was giggling to myself as it is not my usual practice to do mivtzayim, but perhaps since it was erev Yud Shvat, the date that the Rebbe assumed leadership of Chabad, there was something special in the air that I was breathing?

Hmmm. She continued to ponder.

I followed up the meeting with an email telling Nila how much I enjoyed spending time with her and issued her an invitation to come to my house as well.. 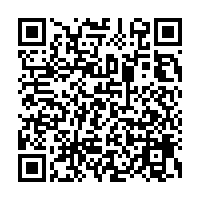