To be honest, I never really understand what’s happening on the screen during an ultrasound scan. But on this visit the technician was strangely quiet. I looked at the screen. “How come you’re not showing me everything?” I asked. “It’s all still there, isn’t it?” I asked jokingly. She slithered the instrument over my protruding gel- covered stomach.” Yes, sure,” she said slowly. “Are you eating okay? The fetus doesn’t seem to be growing too much? I want you to come back next week and I’ll check you again.”

I rolled off the bed, dressed and rushed home to collect my two children from the neighbor who was watching them for me.

I barely gave the ultrasound technician’s remarks another thought until I was back on the clinic couch a week later and a doctor was called in. He placed an audio machine on my stomach and listened. I could hear the usual whoosh-whoosh sound as though I had my own washing machine working inside me.

He turned to the technician “You’re right, nothing.”

I was confused. “Is everything okay? What’s the problem?”

My stomach started to churn. “What do you mean there’s no heartbeat? My baby is alive, isn’t he?”

“Can’t be alive without a heartbeat, can it?”

This time the doctor turned to face me. “Yes, of course. Didn’t you realize that from your ultrasound last week?”

I turned away horrified and frightened. Was I so stupid? Had I simply not understood? Was I supposed to realize from a thrown-out remark – “the baby doesn’t seem to be growing” – that it was really dead?

I could feel tears pricking my eyes. I glanced at the doctor and the ultrasound technician packing away the machine as though my world had just been blackened. I slumped in the chair and started sobbing.

“Why are you so upset?” The doctor finally acknowledged that I was still in the room. “You have two children already, don’t you? You’ll probably have more if you want to. This is more than likely just a one-off fluke of nature. It happens all the time.”

I was still sobbing. It may happen all the time – but not to me. With no warning, my baby had just died. The medical world may call it a fetus but to me, his mother, it was a baby – just one not born yet.

“Don’t you realize how many women have no children at all?” the doctor asked.

I grabbed my coat and fled from the room. At that moment I didn’t care about other women. This doctor was heartless, cruel and unfeeling. I hated him and I just wanted out of there.

At home I grabbed Mordechai and Gila and clasped them to me.

Gila tried to pull away. “Why Mummy crying?” she asked.

“Because I love you so much,” was all I could say.

Three interminable days later my husband took me back to the hospital. Although I had miscarried, I had to have a procedure to remove what was left of the baby. As I filled out the admission form, the nurse looked down at it and said, “Oh, you have two children. If you want them to visit you, don’t bring them into your room. Come outside and see them in the visitor’s room.”

The three other women in my room were all older than me. All three were childless. Two of them had miscarried for the third time. The third woman was there for tests – after four miscarriages. When the sullen-faced doctor came in and drew the screens around her bed, we knew what the results were even before her wails of misery pierced the thin curtain.

At visiting time, all three women had one visitor only: their husbands. Each couple was enveloped in a cocoon of despair, combined with hope for the next time. It was the only way they could keep going. Each time they returned home to an empty nursery. Each time they returned to a home devoid of the giggles, hugs, mess and love that I would return to.

How sensitive and thoughtful the nurse had been when she told me not to bring my children into the room. How could I rub my blessings into the faces of these pain-filled women? Hopefully, one day they too would know the love and joy that motherhood brought with it. But right now it would only bring them pain. 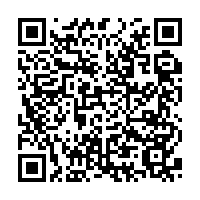