Life is a journey of many twists and turns. Sometimes we can understand the reason for what we experience while at other times we can’t.


When I arrived at the simcha, I asked a relative about seating arrangements. I was told that since it was a family gathering, couples and families could sit wherever they wished.

Two points: I was touched to be included among the gathering’s guests. And the word, “family,” has two special connotations for me.

Nearly four decades earlier we had moved to Hartford, Ct., where my husband was offered a position as one of the rebbeim at what was formerly known as The Yeshiva of Hartford.  He taught the youngest child of Rabbi and Rebbetzin Okolica. From time to time, we spent Shabbosim with this amazing couple.

The Okolicas, as well as my husband, fled the horrors of the Holocaust. The rabbi and rebbetzin were born and married in Germany. My husband, born in Poland, spent his earliest years of life in the Bergen-Belsen DP Camp in Germany.

I, on the other hand, a second-generation American young lady, grew up in a safe environment where pride in one’s Judaism was protected and celebrated. Yet I had many philosophical questions and could spend hours talking with this amazing couple.

Nothing was off limits.

In addition to his position as a pulpit rabbi, Rabbi Okolica hosted a weekly television program, “Jewish Life,” for 40 years. The program was devoted to Jewish causes. In addition, the rav worked with individuals battling addictive illnesses. So any of my questions did not faze him in the least.

I prayed for children and the rav encouraged me to write to the Lubavitcher Rebbe, zy”a. I refused. I had heard many miraculous stories about the Rebbe and feared that if there were no children in my future, I did not want to know about it.

One day Rabbi Okolica invited us over to meet his daughter, Naomi, who had arrived from the UK for a visit. Soft spoken and modestly dressed, we were impressed with the regal manner in which she carried herself.

Within a year, my husband had enlisted in the Air Force where he would serve as a military chaplain. Originally, my husband was due to serve in Germany, but by Divine providence we would be going to the UK instead. I therefore had the opportunity to reconnect with Naomi.

Her friendship was invaluable to me, for although I lived two-and-a-half hours away from her home, we would spend a lot of time with her and her dear family when our schedules permitted. Thanks to her, I also consulted with a wonderful doctor and felt increasingly hopeful that my dream of having my own family could possibly come to fruition.

Naomi’s husband, Rabbi Berel Futerfas, did all he could to encourage us (as his father-in-law had done) to write to the Rebbe for a berachah. And we finally did. Nine months later, our precious firstborn arrived.

Rabbi Okolica, once a tall and imposing figure, is now confined to sitting. So when it came time for him to say a few words at his birthday event, the mike was brought over to him.

His words continue to inspire.

As we left the simcha, chairs were being set up in order to shoot the family photo. 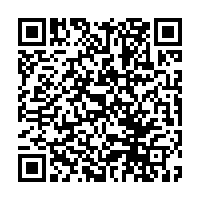