It seemed that every time we flew cross-country to participate in a family simcha, we received virtually the same welcome. On one hand, it was as warm and heartfelt as could be from relatives and friends, who were genuinely overjoyed to see us after a prolonged absence. As for the weather, however, we were consistently greeted by extreme temperatures and record-breaking precipitation. No matter the season, the results deviated only slightly, as we could expect to find ourselves caught in either a heavy winter snowstorm or a torrential summer downpour.

This visit to our dear niece’s chassanah and Shabbos Sheva Berachos precisely followed the prescribed pattern. And, spoiled southern Californian that I had become, my reaction and consequent appearance fell into a recurring mode as well. Throughout the festivities I sat armed with a box of tissues, nursing a sudden onset of a ferocious winter cold. Ironically, we only saw our extended family on rare occasions such as these, and I always looked pretty much the same: red-nosed and sniffly with weepy, watery eyes. Very festive indeed.


The chassanah was beautiful and leibidik, and despite the frigid temperatures we all enjoyed the lovely evening. We returned to our married children’s New Jersey home exhausted but happy.

My sister-in-law had meticulously arranged excellent Shabbos accommodations in her neighborhood for all of the visiting family members. We were graciously hosted by a fine family that lived a few blocks from the ba’alei simcha and a comfortable walk from the shul.

We arrived at our destination late on Erev Shabbos, and our magnanimous hosts showed us our attractive rooms in their nice home. Then they chatted with us amicably and invited us to partake of the magnificent spread that they had set up in our honor. Eventually we excused ourselves and set off for shul, where we were to participate in davening and a catered dinner/Sheva Berachos.

Predictably, the snow was falling steadily by then and a thin layer already covered the ground. Visibility was greatly reduced, but we followed our hosts’ directions and soon pulled into the shul’s parking lot and piled out of the car, with little time to spare.

As we approached the shul’s entrance, however, we were treated to an unanticipated and unpleasant surprise. The shul, with its adjacent parking lot, was actually across the street. We had inadvertently parked in the lot of a nearby church!

Although we were both embarrassed and concerned about the error, we decided that being mechalel Shabbos was infinitely worse. We therefore opted to leave our car where it was for the duration of Shabbos and hurry to the shul in time for Kabbalas Shabbos. We would just have to say an extra fervent prayer that our car not be towed before Shabbos was over.

The simcha itself was wonderful, and being with our extended family added exponentially to the joy. We tried our best to forget about our parking dilemma and focus instead on the festivities. But every trip to and from shul saw us passing the scene of the crime and finding our eyes automatically drawn to our now snow-covered van. So far so good, as it was still there before Shacharis and after Shabbos lunch.

The snow continued to fall intermittently during Shabbos, and by the time Havdalah was recited, a blanket of white covered everything in sight. Well, almost everything.

The shul parking lot was piled high with snow, so besides having to brush off the accumulated white stuff, our relatives had to spend considerable time and effort digging out their respective cars.

We crossed the street to retrieve our own set of wheels, hoping against hope that we would find it where we had left it some 25 hours earlier. And Baruch Hashem, we did. That was sufficient reason to sing “Dayeinu” but, b’chasdei Hashem, our gratitude did not end there. To our surprise and delight, we simultaneously found the one place in the vicinity that was not buried in snow. 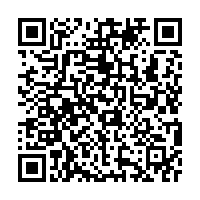