I can’t believe it was just Pesach again. Whenever Pesach arrives, I always remember a particularly trying Pesach a few years ago.

It’s three years later and still, every time I look at my hand, memories come flooding back. I remember the amazing yad Hashem that I saw personally just one week before Pesach three years ago, and I remember the incredible love that Hashem showed me throughout my ordeal. I keep repeating to myself “Chasdei Hashem; Hashem loves me so much!” As I said to everyone right after it happened, “Thank you, Hashem, it could’ve been so much worse.”

Hashem plans our itinerary and that fateful day three years ago started with great excitement. Bli ayin harah, we have been blessed with a very large family; five married couples with many of my grandchildren, kein yirbu, were “moving in” for the entire Pesach. Some people would consider that to be a very stressful time. They would think twice, or three or four times, before agreeing to it. But, for me, I could hardly wait for Pesach. I was a bit nervous, but I just knew everything would fall into place, b’ezras Hashem. The Pesach kitchen, which had been hiding in my kitchen for 15 years, since we moved into our present home, was never actually used before. I knew the time had finally come.

I am a last-minute person by nature, but even so everything always gets done. However, with the amount of company I was having, I knew this time things had to be different. I had to start earlier. I had to be ready. So, about two weeks before Pesach, I had begun cleaning out my kitchen; all the cabinets, fridges, etc. We started eating all of our meals in the dining room or in the basement so that the kitchen remained free of chametz. I opened up my Pesach kitchen, until now sitting quietly in the corner, and I started my Yom Tov preparations. What a great feeling it was, being so prepared ahead of time and everything so organized. Everyone was so impressed. My kids couldn’t believe it! They were a bit nervous about having any chametz around with so much Pesach stuff being prepared, but we were extremely careful. My preparations were going smoothly, my apples were peeled, my compote was cooked, my soup was boiling, my potato kugels were baked. It was all good, baruch Hashem.

As I said, Hashem plans our itinerary and nothing that we do or think happens without Hashem. It was all how Hashem planned it and wanted it from the beginning: From my early preparations through my entire ordeal.

I left my house to do a couple of quick errands in Boro Park. Amazingly, I was so relaxed and I just couldn’t wait for Pesach to begin and to have all my children and grandchildren together with me and my husband. I was not talking on my cell phone, I was not rushing. I was leisurely taking care of things that had to get done. Hashem planned it that way so I couldn’t blame myself after the accident.

But, somehow, it happened, and I ended up in a Hatzolah ambulance on my way to Bellevue Hospital.

It was Thursday, late in the day and I was in a store at about 6 p.m. in a quiet building. As I left the store, one moment I was casually strolling, and the next moment I was shrieking! I looked down on the floor and there was blood all over. I looked at my hand and I was gushing blood from my finger! I looked more closely and I realized that I actually lost a piece of my finger! Then the pain began. It was excruciating! I looked all around and there was no one in sight. I started banging on the door of the store that I had just left, shouting for them to open up and screaming for them to get help. As the door was opened, I realized that the door had slammed on my hand as I was leaving, and the top of my finger had come off. I never would have thought to look for it, but a mishap my daughter had some 20 years earlier with a vegetable slicer and the tip of her finger flew into my mind, and I knew I had to find the top of my finger.

It was actually lying right there on the floor of the store. I met Hatzolah downstairs, they wrapped the piece of my finger and put it on ice. I was immediately taken into the ambulance and in seconds we were on the way to Bellevue. By this time, the pain had subsided. Only later I found out that was because the nerves in my finger had actually died.

Because of the way the piece of my finger had been severed, the doctors at the hospital were not able to reattach it. They told me I’d have to see a specialist. They said I would need surgery. After bandaging my hand, putting me into a sling and giving me pain medication, I realized I would be very busy looking for a hand surgeon. The next morning, erev Shabbos, with the help of ECHO and Rabbi Shuki Berman, I found two wonderful hand surgeons that would accept my insurance. That was the good news. The bad news was it was nearly impossible to get an appointment with either of them. Again my hashgacha pratis took over. Years earlier, I suffered from carpal tunnel syndrome, and I had gone to see one of those doctors. Using that as in, since I was a returning patient, I was able to get an appointment with the doctor that very same afternoon. Hashem had sent the refuah way before the makkah.

That was Friday. I was scheduled for surgery on Monday, the week of Pesach. I would require skin grafting from the palm of my hand to replace the top of my finger. It had to be reshaped and whatever else that had to be done so that it would look and function normally, b’ezras Hashem. On Sunday night, the night before the surgery, my daughter had a baby boy. On Monday, after the surgery and recovery room, all bandaged up and still groggy from the anesthesia and on pain medication, my husband and I were en route to Lakewood. That visit is something we and my daughter will never forget.

With only three days left before Pesach, and still plenty to do, the only thing I kept saying, over and over, was “Thank you Hashem. It was only my finger.”

It was a beautiful Pesach and a gorgeous bris for my grandson. I was one-handed, using my left hand only, but I had a lot of help. All my married and single children chipped in, men and women alike. It was a team effort, and everything was as special and wonderful as I had anticipated it would be, even before my accident. If you would have told me a week earlier that I would be making Pesach for all my children and grandchildren with my left hand only, I would have said, ”No way! Impossible!” Amazingly, with siyata dishmaya and my family all coming together as one, I felt more secure than ever; I felt Hashem was holding my hand.

It is obvious to me now, why, even though it is so against my nature, that I actually started preparing and being organized so much before Yom Tov. I kept telling everyone over Pesach how lucky we are. How Hashem gives us the challenges and nisyonos that we can deal with and He doesn’t give us anything that we cannot handle. He plans our steps one by one. We don’t know why things happen, but as far as I was concerned, I was just so thankful throughout my whole ordeal.

The recovery process has not been easy. The finger did not heal as well or as quickly as the doctor had hoped. With the constant traveling back and forth to Manhattan to see the doctor; the painful needles to clean out any infection and reduce the inflammation; and the constant re-bandaging, the whole process took a lot of my time. Being that I am a righty, and I had to be so careful with my right hand, and vigilant in not causing any additional harm, or creating extra pain, it was extremely difficult doing any work. Even simple, everyday tasks were a great challenge.

Now, three years later, as my family recently celebrated the upsherin of our then newborn grandson and as I look down at my freshly manicured hands, my finger baruch Hashem, looks almost perfect. There is still sensitivity around the top, but to me it is a constant reminder of the yad Hashem in everything we do. Hashem runs the world, and He truly has a hand in our everyday lives. 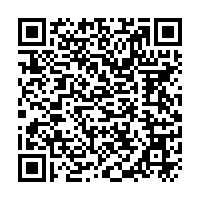