As we conclude reading about the longest topic discussed in the Torah, the Mishkan, there are a few more lessons I want to focus on. We know that when the announcement calling for those who wanted to donate to the Mishkan was made, the Neseiyim said that they would donate whatever was left over. There were many materials required to build the Mishkan, its vessels, and priestly garments and the Neseiyim graciously offered to cover the shortfall.

The Torah leaves out the letter Yud in their name when describing what they donated. Rashi tells us that this was because Hashem was unhappy with their approach. Now, if you were to ask any fundraiser, he would tell you that receiving word from someone who is capable that they will fund any shortfall in the budget would be a dream come true! So why was Hashem not pleased when the Neseiyim made that pledge?

My Rebbe, Rav Shmuel Berenbaum, zt”l, suggested that in fact there is nothing wrong if an individual were to make such a pledge. However, the Neseiyim were leaders, and as such they have different responsibilities. While such a pledge is a very honorable donation from an individual, it is lacking in leadership. Leaders are supposed to lead the way and show others how to do the right thing; not pick up the slack when there is a gap. It is for this reason that the Torah informs us of their misdeed by removing a letter in the name Neseiyim. There was a lack in their leadership, therefore the Torah removed a letter from their title Neseiyim – leaders.

Ultimately, this pledge proved not to be necessary as Bnei Yisrael donated almost everything necessary to build the Mishkan. The Neseiyim were remorseful about this and Hashem allowed them to donate the precious stones necessary for the kohen gadol’s garments. These stones are referred to in the Torah as avnei miluim – literally filler stones. This term used to identify these precious stones is extremely peculiar. If one had a D flawless stone set on an ornament, would it be referred to as the filler stone? Certainly not! It is an extremely valuable precious stone with its own identity. Why then does the Torah refer to these stones simply as filler stones?

I heard in the name of Rav Berenbaum that the reason for this is to teach us a very important lesson. It serves to demonstrate that even if one is an extremely important and chashuva person – indeed, the most chashuv, well respected individual – none of that is as important as if he helps another person. If another person has a hole, a space, and he fills it for him, the fact that he helped another fill his hole is more important in the eyes of Hashem than what the filling was made of. We must not lose focus on what is important and what is ancillary. The Torah only refers to the extremely precious stones used on the choshen as filler stones because that trumps their actual value; that is their true value.

May we incorporate these important lessons into our lives and improve our own mikdash me’at, which will bring about the rebuilding of the Mikdash speedily in our days, amen. 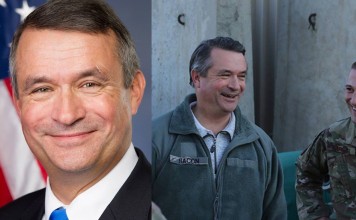 Interview with Congressman, Don Bacon – From Jerusalem With Love [audio] 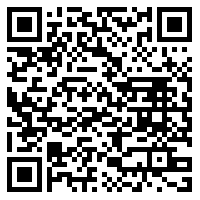