Our daf discusses the minimum amount of forbidden food a person must eat to be punished. Our sages (see Avodah Zarah 67a) say the amount is a kezayis, but at what point does one incur the penalty – when the food enters the gullet or the stomach?

Resh Lakish asserts that the critical factor is the satisfaction one receives from digesting the food – hana’as me’av. Therefore, if a person swallows a half kezayis of forbidden food, expels it, and then swallows it again, he is exempt from malkus.

R. Yochanan, on the other hand, claims the critical factor is hana’as grono – the pleasure one derives from tasting the food. Therefore, a person who swallowed a half kezayis and then expelled it and subsequently re-swallowed it receives malkus since his throat tasted a full kezayis. Our Gemara concludes that the halacha is in accordance with R. Yochanan.

The Chasam Sofer (Orach Chayim, Responsa 127) differentiates between eating forbidden foods (where the critical factor is the pleasure the gullet derives) and eating on Yom Kippur. The Mishnah (Yoma 73b) states that a person incurs malkus on Yom Kippur for eating k’koseves hagasa (food equaling the volume of a large date). Why k’koseves hagasa as opposed to a kezayis? The Gemara (infra 79a) explains that only k’koseves hagasa will satiate a person.

Evidently, then, what’s important on Yom Kippur is not the pleasure one’s throat gets from tasting food, but the level of satiation one derives from food, which is obviously based on one’s stomach.

Rabbi Chaim Oizer Grodzenski (Responsa Achiezer vol 3:61) was once asked whether ingesting food via a feeding tube on Yom Kippur is tantamount to eating. If the critical factor is satiation, as the Chasam Sofer asserts, then a feeding tube should be problematic (unless it is a matter of pikuch nefesh).

Rabbi Grodzenski ultimately argues, however, that to violate the prohibition of eating on Yom Kippur, one must have hana’as grono (the pleasure of taste). He proves his contention from the Gemara (Shevuos 13b):

Rebbi states that the day of Yom Kippur itself atones for most sins even without repentance. Rava wonders why, if so, a person receives kares for desecrating Yom Kippur. Shouldn’t the day itself automatically provide atonement for any sin he committed that day?

The Gemara responds that a person receives kares if he dies choking on food. Yom Kippur does not provide atonement for one who is actively sinning. With this answer, the Gemara implies, says Rabbi Grodzenski, that a person with food in his throat (not his stomach!) is already desecrating Yom Kippur.

Thus, Rabbi Grodzenski permits a sick individual to ingest food via a feeding tube on Yom Kippur. Rabbi Grodzenski also suggests that even the Chasam Sofer requires hana’as grono (in addition to hana’as me’av). Yes, the food must reach the stomach, but it must also pass the throat. If it doesn’t, a person doesn’t receive malkus. Thus, the Chasam Sofer may also agree that eating through a feeding tube on Yom Kippur does not result in a punishment of malkus. 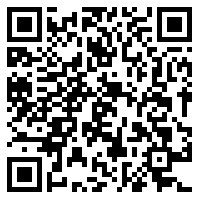