“And the Lord said to Moshe: Speak to the priests, the sons of Aaron, and say to them: Let none [of you] defile himself for a dead person among his people.” (Vayikra 21:1) With these words the Torah introduces a complex set of laws that apply to those who are instructed to serve in the Temple as priests. The most notable law is this one: They are forbidden to touch a human corpse, be in close proximity to it, or be involved in its burial.


Rashi brings a statement from the Talmud (Yevamot 114a) that explains this twofold expression by stating that it speaks about fathers and children: “To warn the adults concerning the minors.” This means that the older kohanim have an obligation to ensure that the younger ones – those who are not yet 13 years and one day (Bar Mitzvah) and therefore not yet fully responsible – do not defile themselves either.

The problem with Rashi’s comment is that it does not seem to fully explain the twofold expression. Firstly, Halacha always obligates parents to warn their children not to transgress a law even before the children have reached 13 years and one day; or, in the case of girls, 12 years and one day (Bat Mitzvah). This is part of their Jewish education. Children should get used to observing the laws of the Torah so that by the time they have grown up they will be fully committed. Secondly, in two other cases the Sages use the expression “to warn the adults concerning the minors.” In both cases – the prohibition against eating insects (Vayikra 11:42) and the prohibition against consuming blood (ibid 17:12) – there is no repetition (“speak to them” and “say to them”).

Rabbi Zalman Sorotzkin z”l (1881-1966), the famous rabbi of Lutsk, offered a most remarkable answer to our question. Regarding the prohibitions against eating insects and blood, they seem to mean that parents must make sure they do not cause their children to eat insects or blood, even if the children are totally unaware that they are doing so.

But regarding the children of kohanim, we are confronted with a completely different kind of educational problem. Children are educated not only by their parents and teachers. They are also greatly affected by street life, where the values are often far removed from those of the home. Even when parents and teachers expend great effort to educate a child, the street is capable of undoing it all. Children are, after all, most impressionable. Parents should therefore consider themselves greatly blessed when they are able to secure an environment that sends a message to their children that matches the one they receive at home. This is why religious Jews throughout the ages did everything in their power to ensure a Jewish education for their children, in a Jewish neighborhood. That way, when parents teach their children to eat kosher, observe Shabbat, and refrain from speaking evil of other people, they are supported by the environment. But educating a child in an alien environment, which is not conducive to Jewish values, is a much more difficult task and can be detrimental.

But, the parents of a child who is a kohen have an even more difficult task. Even if they have chosen for their children an environment fully committed to Judaism, they still have a major problem in educating their child as a kohen. There is no support system. Most of their religious friends and neighbors do not belong to a community of kohanim. They are “just” Israelites and do not have, for example, any obligation to stay away from a dead body. In fact, they are obligated to attend to the dead and bury them as quickly as possible! Therefore, the kohen-parent cannot fall back on a support system offered by the street. There is none. Parents such as these have a special and difficult task to ensure that the child will indeed observe all the laws relating to the kohanim. And this is why the Torah repeats itself: “Speak to the kohanim, the sons of Aaron, and say to them,” thus teaching these parents that they must constantly emphasize and repeat to their children that they are kohanim and are not allowed, for example, to defile themselves by touching the dead.

This observation is most profound for Jewish education in general. On one hand, every Jewish child should be surrounded by proper Jewish values and learning. Nothing is more crucial than that. Especially during their younger years, children must be educated in a full and uncompromising Jewish environment. But at the same time, this education must instill in each of them great pride regarding their own personal distinctiveness. Nowhere does the Torah suggest that kohanim should live separate from others, in order to ensure a closed support system for young kohanim – one that does not allow for any influence from without, not even from a religious environment of non-kohanim. (1)

From our verse in Vayikra, chapter 21, we learn that parents and teachers are expected to educate a child in such a way that the knowledge of being a kohen increases his pride in being different, without making him feel handicapped because he is a kohen. After all, the kohen-child does encounter the outer world. Proper and profound Jewish education should be able to inspire the child to live up to his priesthood even if he is surrounded by those who are not priests.

Somehow, then, the kohen-child is educated by two opposing philosophies. On one hand, he needs to live in a full Jewish environment and have a support system. On the other hand, he must be able to stand on his own and greatly treasure his uniqueness. In other words, the Torah is prepared to grant the child only partial protection, but is unwilling to go all the way, because it is this distinction, between him and the people surrounding him, that develops and strengthens the child’s self respect.

The same is true for all children. They need a strong environment, conducive to their development as Jews, while at the same time their Jewish education must provide them with so much pride that later in life they will be able to deal with the outside world as well and still be fully committed Jews. They need to know the art of integration without becoming part of another culture. The formidable task of parents and teachers is to help their children achieve this goal.

But what is often overlooked is that such an education cannot consist of holding on to old ideas and living by dogmas and doctrines. Abraham Joshua Heschel once remarked that “in the realm of the spirit only he who is a pioneer is able to be an heir.” (2) Spiritual plagiarism is a death blow to all religious education.

Living Judaism must be able to stand up against ideas that are highly un-Jewish and at the same time be open to new ideas. But this can be achieved only by fostering a notion of spiritual dissent rooted in eternal ideas that have the capacity to re-invent themselves. It can be accomplished only by radical thinking and audacity informed by deep learning and faith. There is no way to say No to old ideas, if it is not replaced by an uncompromising Yes for better designs.

1) In biblical times, the kohanim used to live together with the Levites in special towns. Levites, however, have no obligation to stay away from the dead or observe other laws related to the status of a kohen. 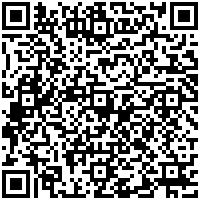