“I have spent my life fighting totalitarian ideologies,” blared the banner headline of the May 8 Jerusalem Post.  The Post’s editors chose that single line, and a photo of its speaker, as the highlight of the annual conference it had hosted the previous day in New York.  The speaker was Dr. Sebastian Gorka, Deputy Assistant to President Trump, specializing in national security and counterterrorism.


Gorka’s brief time on stage was indeed the highlight of the conference.  It was also – at least outside the conference itself – the most controversial.  So much so that the Post’s Editor-in-Chief, Yaakov Katz, felt the need to introduce the controversy before calling Dr. Gorka to the stage.  He referenced the campaign, spearheaded by Jewish leftists, to brand Gorka as the worst type of anti-Semite: a Neo-Nazi – or, at the least, a neo-Nazi sympathizer and collaborator.  Katz then asked his audience to be respectful, shook Gorka’s hand, and invited him to address the allegations directly.  Gorka responded with a bold and unequivocal denial.  He spoke about his life’s work fighting totalitarian ideologies, explicitly grouping Islamism with fascism and communism.  And he talked passionately about the strong bonds and commonality of interest that President Trump shares with Israel.

Katz’s request for decorum proved unnecessary.  The crowd was identifiably Jewish and pro-Israel, not a room full of progressives.  The habit of disrupting, threatening, and attacking speakers presenting diverse or dissenting views—particularly if they are Israeli or pro-Israel—is a phenomenon of the left.  The largely centrist crowd in attendance welcomed Dr. Gorka warmly, rising in a spontaneous standing ovation even before he began to speak.  Time and again the throng of 1500 rewarded Dr. Gorka’s pro-America, Jewish and pro-Israel passion, and his references to President Trump, with cheers and applause–and another standing ovation when he concluded.  It was about as close to a communal embrace as the notoriously fractious American Jewish community can offer.  The crowd understood that the extreme Jewish left had targeted Dr. Gorka because he is a visible player in the Trump White House and precisely because of his passionate commitment to protecting Jews, Israel, and American interests.

Fake news indeed. As controversial as the issue may have seemed to those on the outside, to Jews other than Islamist-apologists and Israel-slanderers of the progressive camp, Gorka himself isn’t actually controversial. His attackers, however, are – from the political operative brazenly hijacking Anne Frank’s good name to attack political opponents to the newspaper editor frantically betraying 120 years of the Forward’s opinionated but legitimate journalism by turning it into a hack political propaganda tabloid.

Indeed, columnist Caroline Glick closed the conference speaking about the real issue of l’affaire Gorka: the danger—and the shame—of members of the Jewish community having slandered a good man.

Following Dr. Gorka’s well-received presentation, a reporter from the mainstream press approached each of us to ask about several articles we’ve published about Gorka and the “anti-Sebites” (as we call them).  Like much of the press, she seemed convinced that our efforts—and those of others who spoke out on his behalf—had to be part of a coordinated effort, likely orchestrated by the White House (or a political PR firm), to push preset talking points out to the public.  That too would be fake news.  Though Dr. Gorka and the White House understandably found the defamatory campaign obscene, were pleased that people challenged it, and appear to appreciate the support, no marching orders were issued—and none were needed. Most if not all of us who undertook Dr. Gorka’s defense (like large parts of the audience that cheered his visit) did so at least as much out of revulsion to the tactics and excesses of the Jewish left as in support of Gorka’s staunchly pro-America and pro-Israel stances.

Despite the media obsession with Gorka himself, he is only the latest chapter in the real story: the increasing hysteria of the Jewish left.

Last year, the Jewish left opened a new front in its longstanding battle to redefine Judaism as a progressive social justice movement: It set out to redefine anti-Semitism as opposition to progressive orthodoxy.  Its highly destructive efforts constitute a severe danger to the American Jewish community.  Like others who have coalesced around the anti-Gorka libels, we’ve been tracking that story and writing about it since long before Sebastian Gorka got caught in the cross-hairs.

Shortly after the election, we were approached by the Institute for the Study of Global Anti-Semitism and Policy (ISGAP) to write a detailed article about the sudden explosion of news stories about anti-Semitism.  At the time, many Jewish Americans seemed frightened of a growing amorphous threat from the “Alt-Right.”  Panicked reports of Nazi and Klan marches were making the news.

In January, we provided ISGAP with a 20-page report disentangling fact from fiction.  That report showed how the entire “dangerous rise of anti-Semitism in Trump’s America” narrative was a politically motivated fabrication by the press.  As we’d been writing since before the election, anti-Semitism has been on the rise around the world in recent years and has become increasingly acceptable and mainstream, a cause for great concern.  But the media narrative that the rise was precipitous, and attributable to the Trump campaign, was a demonstrable lie.

For the past year, a group of Jewish and Muslim leftists has led large parts of the mainstream press in an effort to redefine anti-Semitism as something close to its opposite.  This campaign follows on the heels of the largely successful effort launched a decade ago to relabel straightforwardly hostile anti-Israel policies of the left as “progressive pro-Israel.”

This campaign had two complementary goals.  The first, and more immediate of them, was to slander Donald Trump and his followers as irredeemable indiscriminate hatemongers; “anti-Semitic” was but one of a string of ugly, hateful adjectives that the left chanted as an anti-Trump mantra.  The more important—and deadlier—of the two was to camouflage the mainstreaming of Jew hatred on the left.

The acceptance of Jew hatred on the American left is accelerating at a frightening pace.  It has become progressive dogma that liberal, tolerant, democratic Israel is a colonialist implant and apartheid (even genocidal) state that survives based on the outsized influence of the International Jew – that the very notion of a Jewish state is anathema.  Jews now play an oversized role in the leftist tale of a privileged, oppressive, white patriarchy.  And intersectionality prohibits anyone fighting for any aspect of social justice from opposing the Palestinian Authority’s fully sanctioned, incited, encouraged, and funded bloodlust against the Jews.

This leftist Jew hatred created a genuine problem on the left.  Sizable numbers of American Jews consider themselves progressives.  A clear majority of American Jews vote Democrat.  And both Jewish donors and progressive voters are critical to Democratic support.  If too many of those Jews understood how much their fellow progressives hate them, they might reassess their political allegiance.

Leading Jewish leftists thus needed to construct a narrative in which progressive values define Jewish values, and the right-wing—particularly Trump supporters—seeks to bring classic anti-Semitism back into the mainstream.  Relying upon the strategic advice alternatively attributed to two noted friends of the Jews, Vladimir Lenin and Joseph Goebbels, “A lie told often enough becomes the truth,” the Jewish left set out to invert reality.

Jews have a long and tragically rich history of good reasons to fear those in power. So it is unsurprising that playing on Jewish fears and suspicions, while cynical, is a longstanding political tradition. Even before the election, politically-driven slanders of Steve Bannon got people wondering whether he was, in fact, an anti-Semite.  That’s an impressive bit of fake news, given that Bannon has an extensive body of words and work and a web of relationships stretching over decades that comprehensively put the lie to any such suggestion. Even the ADL, now under the leadership of a professional Democratic political operative, piled on the attacks before overwhelming evidence compelled it to recant.

By Inauguration Day, the Jewish left was embracing Keith Ellison (formerly of the Nation of Islam) and Linda Sarsour (vocal Hamas supporter) as great friends of the Jews.  Their attacks were equally absurd.  In February, Jewish leftists began to speak of a Neo-Nazi not only working on White House staff, but parading around inaugural events wearing a Nazi medal.  That was the first of the accusations hurled at Dr. Gorka.  Anyone willing to give the matter a moment’s reflection would grasp the comedic implausibility of anyone attempting to influence policy by wearing Nazi memorabilia in Washington.  Yet the hysteria surrounding the election, the saturation of lies that the mainstream media had fed the American public about President Trump, and the Jewish left’s need to believe and promote those lies, allowed far too many people to take these implausible slanders at face value.

The professional leftists orchestrating these smear campaigns really do take the public for fools.  When called to task about the absurdity of the conclusions readers were supposed to draw from their relentless barrage of innuendo and faux outrage, the attackers claim innocence, arguing way too cutely that a close parsing of their messaging would reveal that they never explicitly called Gorka a Neo-Nazi or an anti-Semite.  Perhaps that is so.  Perhaps it’s another lie.  But it certainly isn’t worth reviewing hundreds of articles, blog posts, and tweets to find out. They know precisely what they were saying, and so does the public. The claim changes nothing except to emphasize how gullible they think the public is; it’s more insult than defense.

The concerted attacks against Dr. Gorka are a particularly clear illustration of the dangerous phenomenon described in our ISGAP study.  Having done incalculable damage to Israel’s reputation over the past decade, the Jewish left is working woth genuine enemies of the Jews to strip all Jewish content from American Jewish identity, and to replace it with an anti-Jewish leftism.  Its attempts to devalue, deflect, and misdirect concerns about anti-Semitism are but part of it.

The news from the Jerusalem Post conference this week is that Jews who genuinely care about the Jewish future and the State of Israel aren’t being fooled.  More importantly, they are pushing back. That’s good for Sebastian Gorka and, yes, it’s good for the Jews. 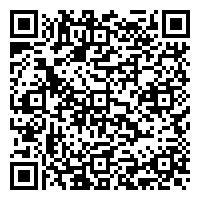