In one of its most dramatic texts, the Talmud (For the full story see Gittin 56a-b.) discusses an episode that was perhaps the most decisive moment in Jewish history prior to the Holocaust. It took place in the first century C.E. just as the Second Temple was to be destroyed by the Romans, who were occupying the land. Tens of thousands of Jews were killed and there was no longer any food. A widespread sense of despair pervaded the community, and it seemed as if there would be no future for the Jewish people, as the Romans had decided on a “final solution.”

There were only two choices: to surrender and live, or to fight and surely die. Defeating the Romans was no longer an option. Their numbers and their determination to end all Jewish life were too much for the weak and exhausted Jews.


It was left to one man to decide their fate. Rabbi Yochanan ben Zakkai, the Sage and unchallenged Jewish leader of his day, was fully aware that surrender would save many lives, but at the same time would be the end of the Jewish nation. The Romans would force the Jews to assimilate and adopt their way of living. The Chosen People and its unique mission would cease to exist, causing not only the Jews to pay a heavy price but also the world at large. There would no longer be anyone around to stand up and fight for moral values, human dignity, and the knowledge of God. In his eyes, the world would become a place of immense moral pain, destruction, and ongoing disaster.

At that crucial hour, Rabbi Yochanan ben Zakkai made a decision that was as risky as it was courageous. That decision, against all logic, led to an unparalleled victory, which miraculously saved the Jews and consequently the moral fiber of mankind. Rabbi Yochanan instructed his pupils to smuggle him out of Yerushalayim in a coffin and bring him to the soon-to-be Roman emperor, Vespasian. When asked by the despot why he came to see him, Rabbi Yochanan, realizing that any major request would fall on deaf ears, asked him for one favor: “Give me Yavne and its Sages.” (Ibid.) Vespasian, not realizing that the town of Yavne held the core of the Jewish Sages of its time, and therefore the vitality of Judaism’s spiritual power, readily agreed to this plea. And it was this minor request that saved Judaism from oblivion. Because Judaism had been rescued, Christianity was later able to bring some of the major Jewish and monotheistic values to the Roman Empire. This was probably one of the main causes of Rome’s downfall.

What made Rabbi Yochanan believe that the Jews and Judaism would survive once he guaranteed the continuous existence of Yavne and its Sages? It was his realization that the Jews possessed a religious tradition that, if necessary, would function beyond time and space. He understood that even if the Jews were robbed of their homeland, they would still be able to continue living as Jews and somehow, by the skin of their teeth, keep Judaism alive. But only as long as Jewish learning would continue to flourish and the study of Torah would be emphasized. It would be very risky and the price would be enormous, but it would work.

Almost 1900 years later, Heinrich Heine powerfully expressed this idea when he claimed that the secret to Jewish survival is found in the concept of their “portable homeland”—the Torah—which they carry with them, inhabiting it when the physical homeland is lost. Many years later, George Steiner made a similar observation when he called the Torah “our homeland, the text.” (George Steiner, “Our Homeland, the Text,” Salmagundi, No. 66 (Winter-Spring 1985) pp. 4-25.)

Rabbi Yochanan was convinced that interaction with this divine text would enable the Jewish people to continue, while any other nation would capitulate under similar circumstances. If necessary, it would carry the Jewish people beyond the physical need for a homeland.

In May 2006, giving a highly controversial talk at the American Jewish Committee’s Centennial Symposium in Washington, A.B. Yehoshua, one of Israel’s most celebrated authors, made some important remarks about the contemporary Jewish scene. However, he also made some extremely dubious statements about Jewish life in Israel and the Diaspora.

He reminded his audience that “the Zionist solution, which was proven as the best solution to the Jewish problem before the Holocaust, was tragically missed by the Jewish people.” He pointed out that after the Balfour Declaration of 1917, “if during the 1920s, when the country’s gates were open wide, just a half-million Jews had come (less than 5 percent of the Jewish People at that time) instead of the tiny number that actually did come, it certainly would have been possible to establish a Jewish state before the Holocaust….This state not only would have ended the Israeli-Arab conflict at an earlier stage and with less bloodshed – it also could have provided refuge in the 1930s to hundreds of thousands of Eastern European Jews who sensed the gathering storm.” (See A.B. Yehoshua, “People Without a Land,” Haaretz, May 11, 2006.)

While this opinion could be challenged as wishful thinking, there is much truth in Yehoshua’s belief that if the Jews had taken the threat of radical anti-Semitism more seriously, and if a more determined effort had been made to establish the State of Israel at an earlier time, many Jews would have been saved.

But Yehoshua did not leave it at that. He continued and said, “For me, Avraham Yehoshua, there is no alternative. I cannot keep my identity outside Israel… [Being] Israeli is my skin, not my jacket. You [Diaspora Jews] are changing jackets; you are changing countries like changing jackets. I have my skin, the territory [of Israel].” (The Jerusalem Post, UpFront Magazine, May 12, 2006, p.12.) He then continued to claim that outside of Israel one cannot live a full Jewish life, and implied that the most secular Israeli in Israel was living a more Jewish life than his Orthodox brothers in Toronto or Brooklyn.

While I definitely agree that Israel is the only place in the world where one can live a full Jewish life, it is extremely naive and even ludicrous to claim that secular Israelis are living a more Jewish life purely because they live in the State of Israel, surrounded by fellow Jews, governed by a Jewish Government, and protected by a Jewish army. It is true that in Israel, Jewish culture is not a subculture and Judaism can flourish more in this country than in any other. But that does not mean that Israel is a Jewish country simply because the majority of its residents are Israelis.

Yehoshua is confusing two things. Being Israeli is not identical to being Jewish. Indeed, to be an Israeli one needs to live in the land, and when the land ceases to exist, being Israeli no longer has any meaning.

But, as Rabbi Yochanan ben Zakkai correctly understood, if need be, it is possible to remain a Jew—although surely not a complete one—without living in Israel. Yehoshua does not seem to understand that there would never have been a State of Israel if not for the fact that his own grandparents continued to live a Jewish life in the Diaspora. Had they and their contemporaries lived an exclusively non-Jewish life, there would no longer have been any Jews and no State of Israel would ever have been established.

What Rabbi Yochanan taught us is that Jews will survive without Israel, as long as there is Torah, the portable homeland; but Jews will not survive solely because of the existence of Israel—however powerful it may be—if Israel does not incorporate a large percentage of Jewish traditional resources. To believe that Jews will survive only because of Israel is an absurd claim that has no foundation in Jewish history or reality. The famous Jewish philosopher Eliezer Berkovits made this extremely clear when he said, “There is no Israeli claim to the land; there can only be a Jewish claim. Where there is no continuity, there can be no return.” (Eliezer Berkovits, Crisis and Faith [NY: Sanhedrin Press, 1976] p. 138.)

Happily, a large number of Israelis realize this, and although many of them are not Orthodox or even religious, they try hard to bring some inner Jewishness to their lives and observe some traditions, because they know that Rabbi Yochanan ben Zakkai was right and A.B. Yehoshua is wrong. 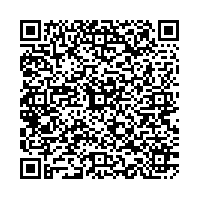