Addressing the ninth annual Islamic Beit al-Maqdes (the term is borrowed directly from the Hebrew Beit HaMikdash – the Temple) International Conference, Palestinian Authority Chairman Mahmoud Abbas said on Wednesday that his people have been the victims of a conspiracy that started 100 years ago, “since the infamous Balfour Declaration,” and suggested the latest episode in this conspiracy is President Donald Trump’s “sinful declaration in which he alleged that Jerusalem is the capital of Israel, defying with this the feelings and beliefs of hundreds of millions of Muslims and Christians and violating international law and resolutions on this matter.”

But it was journalist Khaled Abu Toameh that caught the most important line of Abbas’s speech when he admitted, “Palestinians and Jordanians are one people in two states – Jordan and Palestine. We won’t accept the idea of the transformation of Jordan into a Palestinian homeland.”

President Abbas: Palestinians and Jordanians are one people in two states – Jordan and Palestine. We won't accept the idea of the transformation of Jordan into a Palestinian homeland.

The two-day conference opened on Wednesday in the presence of representatives from several Arab and Muslim countries and other guests.

“For this reason we said we want multilateral mediation that comes from an international conference held under the auspices of the international legitimacy to mediate between us and the Israelis. This is what we asked for and this is, God willing, will be one of the most important decisions of the upcoming Arab summit.”

Abbas added: “we and all the Arabs and the Muslims and Christians with us reject this declaration that is biased toward occupation and Israeli aggression.”

He stressed that Jerusalem is the “eternal capital of the State of Palestine and will always remain so.”

It would be a real eye opener for the 83-year-old Abbas should Trump keep his word and come over in May to inaugurate the new American embassy in Jerusalem. 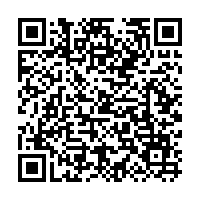