Parshat Ki Tavo begins with the ceremony of bringing first fruits to the Temple. The Mishnah (Bikkurim 3) gives a detailed account of what happened:

Those who were near to Jerusalem brought fresh figs and grapes, and those who were far away brought dried figs and raisins. Before them went the ox, its horns overlaid with gold, and with a wreath of olive leaves on its head.

The flute was played before them until they came near Jerusalem. When they were near to Jerusalem, they sent messengers before them and bedecked their first fruits. The rulers and the prefects and the treasurers of the Temple went forth to meet them. All the craftsmen in Jerusalem used to rise up for them and greet them, saying: “Brothers, men of such-and-such a place, you are welcome.”

It was a magnificent ceremony. In historical context, however, its most significant aspect was the declaration each individual had to make:

“My father was a wandering Aramean, and he went down into Egypt with a few people and lived there and became a great nation, powerful and numerous . . . Then the Lord brought us out of Egypt with a mighty hand and an outstretched arm, with great terror and with miraculous signs and wonders” (Deuteronomy 26:5-10).

This passage is well known. It became the text expounded as part of the Haggadah on Seder night on Pesach. Its familiarity, though, should not blind us to its revolutionary character. Listening to these words, we are in the presence of one of the greatest revolutions in the history of thought.

The ancients saw the gods in nature, never more so than in thinking about the harvest and all that accompanied it. Nature does not change. Natural time is cyclical – the seasons of the year, the revolution of the planets, the cycle of birth, death and new life. When the ancients thought about the past, it was not the historical but a mythical/metaphysical/cosmological past – the primeval time-before-time when the world was formed out of the struggle between the elements.

That is precisely what did not happen in ancient Israel. It might have been otherwise. Had Judaism been a different kind of religion, the people bringing first fruits might have recited a song of praise to God as the author of creation and sustainer of life. We find several such songs in the Book of Psalms:

Sing to the Lord with thanksgiving;
make music to our God on the harp.
He covers the sky with clouds;
he supplies the earth with rain
and makes grass grow on the hills.
[And bread that sustains his heart] (Psalms 147:7-8).

The significance of the first fruits declaration is that it is not about nature but about history: a thumbnail sketch of the sequence of events from the days of the patriarchs to the Exodus and then conquest of the land. Yosef Hayim Yerushalmi gave the best analysis of the intellectual transformation this involved:

“It was ancient Israel that first assigned a decisive significance to history and thus forged a new worldview … Suddenly, as it were, the crucial encounter between man and the divine shifted away from the realm of nature and the cosmos to the plane of history, conceived now in terms of divine challenge and human response … Rituals and festivals in ancient Israel are themselves no longer primarily repetitions of mythic archetypes meant to annihilate historical time. Where they evoke the past, it is not the primeval but the historical past, in which the great and critical moments of Israel’s history were fulfilled … Only in Israel and nowhere else is the injunction to remember felt as a religious imperative to an entire people” (Zakhor: Jewish History and Jewish Memory, pages 8-9).

This history was not academic, the province of scholars or a literary elite. It belonged to everyone. The declaration was recited by everyone. Knowing the story of one’s people was an essential part of citizenship in the community of faith. Not only that, but it was also said in the first person: “My father … Then the Lord brought us out of Egypt … He brought us to this place.” It is this internalization of history that led the rabbis to say: “In each generation, every person should see himself as if he personally came out of Egypt” (Mishnah Pesachim 10:5). This is history transformed into memory.

To be a Jew is to be part of a story that extends across forty centuries and almost every land on the face of the earth. As Isaiah Berlin put it:

“All Jews who are at all conscious of their identity as Jews are steeped in history. They have longer memories, they are aware of a longer continuity as a community than any other which has survived … Whatever other factors may have entered into the unique amalgam which, if not always Jews themselves, at any rate the rest of the world instantly recognizes as the Jewish people, historical consciousness – sense of continuity with the past – is among the most powerful” (Against the Current, page 252).

Despite Judaism’s emphasis on the individual, it has a distinctive sense of what an individual is. We are not alone. There is no sense in Judaism of the atomic individual – the self in and for itself – we encounter in Western philosophy from Hobbes onwards. Instead, our identity is bound up horizontally with other individuals: our parents, spouse, children, neighbors, members of the community, fellow citizens, fellow Jews. We are also joined vertically to those who came before us, whose story we make our own. To be a Jew is to be a link in the chain of the generations, a character in a drama that began long before we were born and will continue long after our death.

Memory is essential to identity – so Judaism insists. We did not come from nowhere; nor does our story end with us. We are leaves on an ancient tree, chapters in a long and still-being-written story, a letter in the scroll of the book of the people of the Book.

There is something momentous about this historical sense. It reflects the fact – itself one of the great themes of the Bible – that it takes time for human beings to learn, to grow, to rise beyond our often dysfunctional and destructive instincts, to reach moral and spiritual maturity and create a society of dignity and generosity. That is why the covenant is extended over time and why, according to the Sages, the only adequate guarantors of the covenant at Mount Sinai were the children yet to be born.

That is as near as we get to immortality on earth: to know that we are the guardians of the hopes of our ancestors, and the trustees of the covenant for the sake of the future. That is what happened in Temple times when people brought their first fruits to Jerusalem and, instead of celebrating nature, celebrated the history of their people from the days when “My father was a wandering Aramean” to the present. As Moses said in some of his last words to posterity:

“Remember the days of old;
consider the generations long past.
Ask your father and he will tell you,
your elders, and they will explain to you” (Deuteronomy 32: 7).

To be a Jew is to know that the history of our people lives on in us. 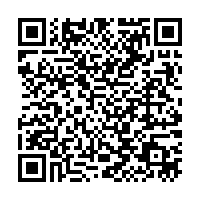