As soon as we read the opening lines of Terumah we begin the massive shift from the intense drama of the exodus with its signs and wonders and epic events, to the long, detailed narrative of how the Israelites constructed the Mishkan.

The first thing that strikes us is the sheer length of the account: one third of the book of Shemot – five parshiyot – interrupted only by the story of the golden calf.

This becomes even more perplexing when we compare it with another act of creation, namely G-d’s creation of the universe. That story is told with the utmost brevity: a mere 34 verses. Why take some 15 times as long to tell the story of the Mishkan?

The question becomes harder still when we recall that the Mishkan was not a permanent feature of the spiritual life of the children of Israel. It was specifically designed to be carried on their journey through the wilderness. Later, in the days of Solomon, it would be replaced by the Temple in Jerusalem. What enduring message are we supposed to learn from a construction that was not designed to endure?

Even more puzzling is that the story is part of the book of Shemot, which is about the birth of a nation. Hence Egypt, slavery, Pharaoh, the plagues, the exodus, the journey through the sea and the covenant at Mount Sinai. All these things would become part of the people’s collective memory. But the Sanctuary, where sacrifices were offered, surely belongs to Vayikra, otherwise known as Torat Kohanim, Leviticus, the book of priestly things. It seems to have no connection with Exodus whatsoever.

The answer, I believe, is profound.

The transition from Bereishit to Shemot is about the change from family to nation. When the Israelites entered Egypt they were a single extended family. By the time they left they had become a sizeable people, divided into 12.

What united them was a fate. They were the people whom the Egyptians distrusted and enslaved. The Israelites had a common enemy. Beyond that they had a memory of the patriarchs and their G-d. They shared a past. What was to prove difficult, almost impossible, was to get them to share responsibility for the future.

Everything we read in Shemot tells us that, as is so often the case among people long deprived of freedom, they were passive and they were easily moved to complain. The two often go together. They expected someone else, Moses or G-d himself, to provide them with food and water, lead them to safety, and take them to the Promised Land.

Soon Moses himself is saying, “What am I to do with these people? They are almost ready to stone me.” (Ex. 17:4)

By now G-d has performed signs and wonders on the people’s behalf, taken them out of Egypt, divided the sea for them, given them water from a rock and manna from heaven, and still they do not cohere as a nation. They are a group of individuals, unwilling or unable to take responsibility, to act collectively rather than complain.

And now G-d does the single greatest act in history. He appears in a revelation at Mount Sinai, the only time in history that G-d has appeared to an entire people, and the people tremble. There never was anything like it before; there never will be again.

How long does this last? A mere 40 days. Then the people make a golden calf.

If miracles, the division of the sea and the revelation at Mount Sinai fail to transform the Israelites, what will?

That is when G-d does the single most unexpected thing. He says to Moses: speak to the people and tell them to contribute, to give something of their own, be it gold or silver or bronze, be it wool or animal skin, be it oil or incense, or their skill or their time, and get them to build something together – a symbolic home for my presence, a Mishkan. It doesn’t need to be large or grand or permanent. Get them to make something, to become builders. Get them to give. 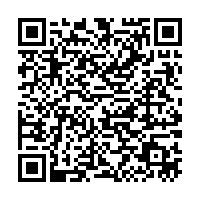