The Israelites had crossed the Red Sea. The impossible had happened. The mightiest army in the ancient world – the Egyptians with their horse-drawn chariots – had been defeated and drowned. The people were now free. But the relief proved short-lived. Almost immediately they faced attack by the Amalekites, and they had to fight a battle, this time with no apparent miracles from God. They did so and won. This was a decisive turning point in history, not only for the Israelites but also for Moses and his leadership of the people.

The contrast between before and after the Red Sea could not be more complete. Before, facing the approaching Egyptians, Moses said to the people: “Stand still and you will see the deliverance the Lord will bring you today … The Lord will fight for you; you need only be silent” (Exodus 14:13). In other words, do nothing. God will do it for you. And He did.

As this was happening, the Torah focuses our attention on one detail. As the battle began Moses climbed to the top of a hill overlooking the battlefield, with a staff in his hand:

“As long as Moses held his hands up, the Israelites prevailed, but when he let his hands down, the Amalekites prevailed. When Moses’s hands became weary, they took a stone and placed it under him, so that he would be able to sit on it. Aaron and Chur then held his hands, one on each side, and his hands remained steady until sunset” (Exodus 17: 11-12).

What is going on here? The passage could be read in two ways. The staff in Moses’s hand – with which he had performed miracles in Egypt and at the sea – might be a sign that the Israelites’ victory was a miraculous one. Alternatively, it might simply be a reminder to the Israelites that God was with them, giving them strength.

Very unusually – since the Mishnah in general is a book of law rather than biblical commentary – a Mishnah in Tractate Rosh Hashanah resolves the question:

“Did the hands of Moses make or break [the course of the] war? Rather, the text implies that whenever the Israelites looked up and dedicated their hearts to their father in heaven, they prevailed. But otherwise they fell.”

The Mishnah is clear. Neither the staff nor Moses’s upraised hands were performing a miracle. They were simply reminding the Israelites to look up to heaven and remember that God was with them. This gave them the confidence and courage to win.

A fundamental principle of leadership is being taught here. A leader must empower the team. He cannot do the work for them. They must do it for themselves. But he must, at the same time, give them the absolute confidence that they can do it and succeed. He is responsible for their mood and morale. During the battle he must betray no sign of weakness, doubt or fear. That is not always easy. Moses’s hands “became weary.” All leaders have their moments of exhaustion. At such times the leader needs support – even Moses needed the help of Aaron and Chur. In the end, though, his upraised hands were the sign the Israelites needed that God was giving them the strength to prevail. And they did. 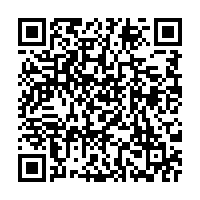