It should have been the great day of celebration. The Tabernacle, Israel’s first collective house of worship, was complete. All preparations had been made. For seven days, Moshe had performed the inauguration. Now, the eighth day, the first of Nissan, had arrived. The Priests, led by Aaron, were ready to begin their service.

It was then that tragedy occurred. Two of Aharon’s sons, Nadav and Avihu, brought “strange fire, which [G-d] had not commanded them.” Fire “came forth from the L-rd” and they died. There then follow two scenes between Moshe and Aharon. The first:

Moshe then said to Aharon, “This is what the Lord spoke of when He said, ‘Among those who are near to Me I will show Myself holy; in the sight of all the people I will be honored.’” Aharon remained silent. (Lev. 10:3)

Moshe then commanded their bodies to be removed, and forbade Aharon and his remaining sons to engage in rituals of mourning. He gave them further instructions to prevent such tragedies from occurring in the future, and then proceeded to check whether the sacrifices of the day had been performed. He discovered that Aaron and his sons had burned the sin offering, instead of eating it as prescribed:

When Moshe inquired about the goat of the sin offering and found that it had been burned up, he was angry with Eleazar and Itamar, Aharon’s remaining sons, and asked, “Why didn’t you eat the sin offering in the Sanctuary area? It is most holy; it was given to you to take away the guilt of the community by making atonement for them before the L-rd. Since its blood was not taken into the Holy Place, you should have eaten the goat in the Sanctuary area, as I commanded.”

Aharon replied to Moshe, “Today they sacrificed their sin offering and their burnt offering before the L-rd, but such things as this have happened to me. Would the L-rd have been pleased if I had eaten the sin offering today?” When Moshe heard this, he approved. (Lev. 10:16–20)

Without going into the details of these exchanges, their psychology is enthralling. Moshe tries to comfort his brother, who has lost two of his sons. He tells him that G-d has said, “Among those who are near to Me, I will show Myself holy.” According to Rashi, he said, “Now I see that they [Nadav and Avihu] were greater than you and me.” The holier the person, the more G-d demands of them.

It is as if Moshe said to Aharon: “My brother, do not give up now. We have come so far. We have climbed so high. I know your heart is broken. So is mine. Did we not think – you and I – that our troubles were behind us, that after all we suffered in Egypt, and at the Red Sea, and in the battle against Amalek, and in the sin of the Golden Calf, we were finally safe and free? And now this has happened. Aaron, don’t give up, don’t lose faith, don’t despair. Your children died not because they were evil but because they were holy. Though their act was wrong, their intentions were good. They merely tried too hard.”

But despite Moshe’s words of consolation, “Aharon remained silent,” lost in a grief too deep for words.

In the second exchange, Moshe is concerned with something else – the community, whose sins should have been atoned for by the sin offering. It is as if he had said to Aharon: “My brother, I know you are in a state of grief. But you are not just a private person. You are also the high priest. The people need you to perform your duties, whatever your inner feelings.” Aharon replies: “Would the L-rd have been pleased if I had eaten the sin offering today?”

We can only guess at the precise import of these words. Perhaps they mean this: “I know that in general, a high priest is forbidden to mourn as if he were an ordinary individual. That is the law, and I accept it. But had I acted on this inaugural day as if nothing had happened, as if my sons had not died, would this not seem to the people as if I were heartless, as if human life and death meant nothing, as if the service of G-d meant a renunciation of my humanity?” This time, Moshe is silent. Aaron is right, and Moshe knows it.

In this exchange between two brothers, a momentous courage is born: the courage of an Aharon who has the strength to grieve and not accept any easy consolation, and the courage of a Moshe who has the strength to keep going in spite of grief. It is almost as if we are present at the birth of an emotional configuration that will characterize the Jewish people in centuries to come. Jews are a people who have had more than their share of suffering. Like Aharon, they did not lose their humanity. They did not allow their sense of grief to be dulled, deadened, desensitized. But neither did they lose their capacity to continue, to carry on, to hope. Like Moses, they never lost faith in G-d. But like Aharon, they never allowed that faith to anaesthetize their feelings, their human vulnerability.

That, it seems to me, is what happened to the Jewish people after the Holocaust. There were, and are, no words to silence the grief or end the tears. We may say – as Moshe said to Aharon – that the victims were innocent, holy, that they died al kiddush Hashem, “in sanctification of G-d’s name.” Surely that is true. Yet nonetheless, “Aaron remained silent.” When all the explanations and consolations have been given, grief remains, un-assuaged. We would not be human were it otherwise. That, surely, is the message of the book of Iyov. Iyov’s comforters were pious in their intentions, but G-d preferred Iyov’s grief to their vindication of tragedy.

Yet, like Moshe, the Jewish people found the strength to continue, to reaffirm hope in the face of despair, life in the presence of death. A mere three years after coming eye to eye with the Angel of Death, the Jewish people, by establishing the State of Israel, made the single most powerful affirmation in two thousand years that Am Yisrael Chai, the Jewish people lives.

Moshe and Aharon were like the two hemispheres of the Jewish brain: human emotion on the one hand, faith in G-d, the covenant, and the future on the other. Without the second, we would have lost our hope. Without the first, we would have lost our humanity. It is not easy to keep that balance, that tension. Yet it is essential. Faith does not render us invulnerable to tragedy but it gives us the strength to mourn and then, despite everything, to carry on. 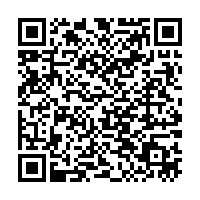