This week’s sedrah, Shelach Lecha, ends with one of the great commands of Judaism – tzitzit, the fringes we wear on the corner of our garments as a perennial reminder of our identity as Jews and our obligation to keep the Torah’s commands:

G-d spoke to Moses, telling him to speak to the Israelites and instruct them to make for themselves fringes on the corners of their garments for all generations. Let them attach a cord of blue to the fringe at each corner. That shall be your fringe. Look at it and recall all the commandments of the Lord and observe them, so that you do not stray after your heart and eyes that in the past have led you to immorality. You will thus remember and keep all my commandments and be holy to your G-d (Numbers 15:37-40).

So central is this command, that it became the third paragraph of the Shema, the supreme declaration of Jewish faith. I once heard the following commentary from my teacher, Rabbi Dr. Nahum Rabinovitch:


He began by pointing out some of the strange features of the command. On the one hand, the sages said that the command of tzitzit is equal to all the other commands combined, as it is said: “Look at it and recall all the commandments of the Lord and observe them.” It is thus of fundamental significance.

Conversely, it is not absolutely obligatory. It is possible to avoid the command of fringes altogether by never wearing a garment of four or more corners. Maimonides rules that, “Even though one is not obligated to acquire a [four-cornered] robe and wrap oneself in it in order to [fulfill the command of] tzitzit, it is not fitting for a pious individual to exempt himself from this command” (Laws of Tzitzit, 3:11). It is important and praiseworthy, but not categorical. It is conditional, for if you have such a garment, you must put fringes on it. Why so? Surely it should be obligatory, in the way that tefillin (phylacteries) are.

There is another unusual phenomenon. In the course of time, the custom has evolved to fulfill the command in two quite different ways: the first, in the form of a tallit (robe, shawl) that is worn over our other clothes, specifically while we pray; the second, in the form of an undergarment, worn beneath our outer clothing throughout the day.

His answer: there are two kinds of clothing. There are the clothes we wear to project an image. A king, judge, and soldier all wear clothing that conceals the individual and instead proclaims a role, an office, and/or a rank. As such, clothes, especially uniforms, can be misleading. A king dressed as a beggar will not (or would not, before television) be recognized as royalty. A beggar dressed as a king may find himself honored. A policeman dressed as a policeman carries with him a certain authority, an aura of power, even though he may feel nervous and insecure. Clothes disguise. They are like a mask. They hide the person beneath. Such are the clothes we wear in public when we want to create a certain impression.

But there are other clothes we wear when we are alone that may convey more powerfully than anything else the kind of person we really are: the artist in his studio, the writer at his desk, the gardener tending the roses. They do not dress to create an impression. To the contrary, they dress as they do because of what they are – not because of what they wish to seem.

The two kinds of tzitzit represent these different forms of dress. When we engage in prayer, we sense in our hearts how unworthy we may be of the high demands G-d has made of us. We feel the need to come before G-d as something more than just ourselves. We wrap ourselves in the robe, the tallit – the great symbol of the Jewish people at prayer. We conceal our individuality. In the language of the blessing over the tallit, we “wrap ourselves in a fringed garment.” It is as if we were saying to G-d, “I may only be a beggar, but I am wearing a royal robe, the robe of your people Israel who prayed to You throughout the centuries, to whom You showed a special love and took as Your own.” The tallit hides the person we are and represents the person we would like to be, because in prayer we ask G-d to judge us – not for what we are, but for what we wish to be. 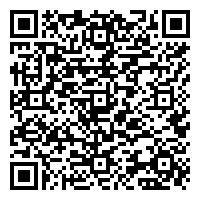