At the start of this parsha is a cluster of laws that challenged and puzzled the commentators. They concern a woman who has just given birth. If she gives birth to a son, she is “unclean for seven days, just as she is unclean during her monthly period.” She must then wait for a further 33 days before coming into contact with holy objects or appearing at the Temple. If she gives birth to a girl, both time periods are doubled: she is unclean for two weeks and must wait a further 66 days. She then has to bring two offerings:

When her purification period for a son or a daughter is complete, she shall bring to the Priest, to the Communion Tent entrance, a yearling sheep for a burnt offering, and a young common dove, or a turtle dove for a sin offering. [The priest] shall offer [the sacrifice] before G-d and atone for [the woman], thus cleansing her of the blood coming from her womb. This law applies whether a woman gives birth to a boy or to a girl. (Lev. 12:6–7)

The problems are obvious. Why does she need to bring a sacrifice? We could understand if she had to bring a thanksgiving offering, giving Tazria thanks for her recovery and for her child. But that is not what she is commanded. Instead she must bring a burnt offering – normally brought for a serious offense – together with a sin offering. What, though, is her offense? What is her sin? She has just fulfilled the first command in the Torah, to “be fruitful and multiply” (Gen. 1:28). She has done nothing wrong. Why does she need atonement? Here are some of the suggestions of the commentators:


Without displacing any of these ideas, we might suggest another set of perspectives. The first is about the fundamental concepts that dominate this section of Vayikra, the words tamei and tahor, normally translated as (ritually) “unclean/clean,” or “defiled/pure.” It is important to note that these words do not have the kind of resonance they bear in English. Tamei does not mean impure or defiled. It is a technical term meaning that one is in a condition that prevents him from entering the Tabernacle or Temple. Tahor means the opposite, that he may enter.

How are we to understand this? The Mishkan, and at a later date, the Beis Hamikdash, were symbols of the presence of G-d within the human domain – at the heart of the camp during the wilderness years and at the centre of the nation during the years of the monarchy.

But they were only symbols, because in monotheism G-d is everywhere equally. The very concepts of place and time in relation to G-d are metaphorical. It is not that G-d is here rather than elsewhere but that we, as humans, feel His presence here rather than elsewhere. It was essential therefore that, from a human perspective, the experience of being in the domain of the holy was an experience of pure transcendence.

G-d is eternal. G-d is spiritual. We and the universe are physical and whatever is physical is subject to birth, growth, decline, decay, and death. It is these things that must be excluded from the Sanctuary if we are to have the experience of standing in the presence of eternity.

What therefore bars us from entering the holy is anything that reminds us or others of our mortality: the fact that we are born and will one day die. Contact with death or even birth has this effect. Both therefore debar the person who has had such contact from the domain of the holy. Special, though different, processes of purification had to be undergone both by those who had come into contact with the dead (Num. 19:1–22) and by a mother who had given birth.

The same is true of anything that draws attention to our physicality. That is why, for example, people who suffered from the skin disease called tzara’at (“leprosy”), or the flow of menstrual blood or a seminal discharge, also had to undergo a rite of purification. Likewise, a priest with a physical blemish was disqualified from serving in the priesthood (Lev. 21:16–23) and was precluded from approaching the altar to offer the fire-offerings.

The woman who had just given birth was therefore teme’a, not because of the sin of Chava but because birth, like death, is a signal of mortality, which has no place in the Temple, the space set aside for consciousness of eternity and spirituality.

As for the burnt offering, this is a reminder of the binding of Yitzchak, and of the animal sacrificed as a burnt offering in his place (Gen. 22:13).

I have argued elsewhere that the binding of Yitzchak was intended as a protest against the absolute power parents had over children in the ancient world – patria potestas, as it was called in Roman law. Essentially, the child was regarded as the property of his parents. A father had total legal power over a child, even to the extent of life and death. That was one reason why child sacrifice was so widely practiced in the ancient world.

The Torah makes an implicit comment on this in its account of the name given to the first human child. Chava called him Kayin – from the Hebrew meaning “ownership” – saying, “I have acquired a child through G-d” (Gen. 4:1). Treat your child as a possession and you may turn him into a murderer: that is what the text implies.

The narrative of the binding of Yitzchak is a statement for all time that parents do not own their children. The whole story of the birth of Yitzchak points in that direction. He was born when Sarah was already postmenopausal (Gen. 18:11), incapable of having a child naturally. Yitzchak was clearly the special gift of G-d. As the first Jewish child, he became the precedent for all subsequent generations. The binding was intended to establish that children belong to G-d. Parents are merely their guardians.

That, in relation to the firstborn, was also the message of the tenth plague in Egypt. All firstborn were to have been priests in the service of G-d. Only after the sin of the Golden Calf did this role devolve on the tribe of Levi. The same idea lies behind the ritual of the redemption of the firstborn. Chana dedicated her child, Shmuel, to G-d, as did the wife of Manoah, mother of Shimshon. A mother brought a burnt offering, as did Avraham, in lieu of the child. By so doing she acknowledged that she was not the owner of the child, merely its guardian. In bringing the offering it was as if she had said: “G-d, I know I should dedicate this child entirely to Your service. Please accept this offering in his place.”

As for the sin offering, there is a fascinating rabbinic passage (Sanhedrin 38b) that sheds light on it. It describes a conversation between G-d and the angels prior to the creation of man:

“When the Holy One, Blessed Be He, came to create man, He created a group of ministering angels and asked them, ‘Do you agree that we should make man in Our image?’

“They replied, ‘Sovereign of the universe, what will be his deeds?’

“G-d showed them the history of mankind.

“The angels replied, ‘What is man that You are mindful of him?’ [Let man not be created]. G-d destroyed the angels.

“He created a second group, and asked them the same question, and they gave the same answer. G-d destroyed them.

“He created a third group of angels, and they replied, ‘Sovereign of the Universe, the first and second group of angels told You not to create man, and it did not avail them. You did not listen. What then can we say but this: The universe is Yours. Do with it as You wish.’ And G-d created man.

The angels were opposed to the creation of man because they knew in advance that of all life forms, humans alone were capable of sinning and thus threatening the work of the Creator. The passage implies that G-d knew that humans would sin and yet persisted in creating humanity. This may explain the sin offering brought on the birth of a child.

The child will one day sin: “There is none on earth so righteous as to do only good and never sin,” says Ecclesiastes (7:20). So a mother brings a sin offering in advance to atone, as it were, for any sin the child may commit while still a child, as if to say: “G-d, you knew humans would sin, yet still You created them and commanded us to bring new lives into the world. Therefore, please accept this sin offering in advance for any wrong my child may do.”

Parents are responsible in Jewish law for sins their children commit. That is why, when a child becomes bar or bat mitzvah, a parent makes the blessing thanking G-d “for making me exempt from the punishment that might have accrued to me through this one.”

Thus the sacrifices a woman brings on the birth of a child, and the period during which she is unable to enter the Temple, have nothing to do with any sin she may have committed or any “defilement” she may have undergone. They are, rather, to do with the basic fact of human mortality, together with the responsibility a parent undertakes for the conduct of a child, and an acknowledgement that every new life is the gift of God. 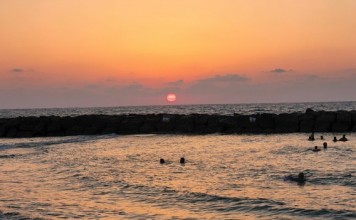 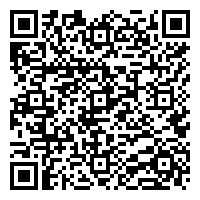