The sedrah of Tazria begins with the laws of childbirth and the command of circumcision: “On the eighth day the flesh of his foreskin shall be circumcised” (Leviticus 12:3). Since the days of Abraham, this has been the sign for males of the covenant between God and the people He has summoned to be His witnesses.


Why this sign, above all others? Why this physical mark on the flesh? What does it tell us about the nature of Jewish identity? To understand the full depth of this command, we have to move forward several centuries to one of the great prophets of the Bible, Hosea.

Hosea lived in the eighth century BCE. The kingdom had been divided since the death of Solomon. The northern kingdom, where Hosea lived, had particularly lapsed – after a period of peace and prosperity – into lawlessness, idolatry and chaos. Between 747 and 732 BCE there were no less than five kings, the result of a series of intrigues and bloody struggles for power. The people, too, had become lax: “There is no faithfulness or kindness, and no knowledge of God in the land; there is swearing, lying, killing, stealing and committing adultery; they break all bounds, and murder follows murder” (Hosea 4:1-2).

Like other prophets, Hosea knew that Israel’s destiny depended on its sense of mission. Faithful to God, it was able to do extraordinary things: survive in the face of empires, and generate a society unique in the ancient world, of the equal dignity of rich and poor as fellow citizens under the sovereignty of the Creator of heaven and earth. Faithless, however, it was just one more minor power in the ancient Near East, whose chances of survival against larger political predators were minimal.

What makes the book of Hosea remarkable is the episode with which it begins. God tells the prophet to marry a prostitute, and see what it feels like to have a love betrayed. Only then will Hosea have a glimpse into God’s sense of betrayal by the people of Israel. Having liberated them from slavery and brought them into their land, God sees them forget the past, forsake the covenant, and worship strange gods. It is a powerful passage with an astonishing assertion at its heart. More than the Jewish people love God is God’s love for the Jewish people. The history of Israel is a love story between the faithful God and his sometimes faithless people. Though God is often angry, He cannot but forgive. He will take them on a kind of second honeymoon, and they will renew their marriage vows:

It is this last sentence – with its explicit comparison between the covenant and a marriage – that Jewish men say when they put on the hand-tefillin, winding its strap around the finger like a wedding ring.

One verse in the midst of this prophecy is enthralling. It is a complex metaphor that must be unraveled strand by strand:

The last phrase is a pun. Ba’al, in biblical Hebrew, meant ‘a husband,’ but in a highly specific sense; namely, ‘master, owner, possessor, and controller.’ It was also, of course, the name of the Canaanite god – whose prophets Elijah had challenged in the famous confrontation at Mount Carmel. Ba’al (otherwise known as Hadad, and usually portrayed as a bull) was the god of the storm, who defeated Mot, the god of sterility and death. Ba’al was the rain that impregnated the earth and made it fertile. In terms of myth, Ba’alism is the worship of god-as-power.

Hosea contrasts this kind of relationship with the other Hebrew word for husband: ish. Here he is recalling the words of the first man to the first woman:

“This is now bone of my bones
and flesh of my flesh;
She shall be called woman [ishah],
because she was taken from man [ish].”

Here the male-female relationship is predicated on something quite other than power and dominance, ownership and control. Man and woman confront one another in sameness and difference. Each is an image of the other, yet each is separate and distinct. The only relationship able to bind them together without the use of force is marriage-as-covenant – a bond of mutual loyalty and trust in which each makes a pledge to the other to honor one another and the reciprocal duties that bind them together in a moral bond.

Not only is this a radical way of re-conceptualizing the relationship between man and woman. It is also the way we should think of the relationship between human beings and God. God reaches out to humanity not as power (the storm, the thunder, the rain) but as love – and not an abstract, philosophical love but a deep and abiding passion that survives all the disappointments and betrayals. Israel may not always behave lovingly toward God, says Hosea, but God loves Israel and will never cease to do so.

Now we understand why the sign of the covenant is circumcision. For faith to be more than the worship of power, it must affect the most intimate relationship between men and women. In a society founded on covenant, male-female relationships must be built on something other and gentler than male dominance, masculine power, sexual desire and the drive to own, control, and possess. Ba’al must become ish. The alpha male must become caring husband. Sex must be sanctified and tempered by mutual respect. The sexual drive must be circumcised and circumscribed, so that it no longer seeks to possess – and is instead content to love. 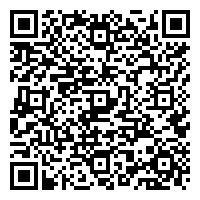