It is well known that the Jewish months are fixed by the lunar cycle, whereas years follow the solar cycle, because Pesaĥ must always be in the springtime, as the Torah says, “Observe the month of Aviv (spring) and offer a Pesaĥ sacrifice to the Lord your God, for it was in the month of Aviv, at night, that the Lord your God freed you from Egypt” (Devarim 16:1). In order to keep the lunar months in sync with the solar year, leap years, in which an extra month is intercalated, must be declared occasionally. This means that some years have thirteen months. The only month that may be intercalated is the second Adar, meaning that Nisan is postponed to ensure that it coincides with spring. In the past, a beit din would decide on leap years based on agricultural concerns and astronomical calculations. Today, however, since we do not have a court with the power to declare months and years, the Sages established a fixed cycle of nineteen years, of which twelve are ordinary years and seven are leap years.[3]

In a leap year, we celebrate Purim during Adar II, in order to juxtapose the joy of the Purim redemption with the redemption from Egypt. We also read the Four Parshiyot during this month, because Parashat Shekalim, Parashat Para, and Parashat Ha-ĥodesh were instituted as a preparation for the month of Nisan, and Parashat Zakhor must be read immediately before Purim, which we celebrate in Adar II (see Megilla 6b).


Nonetheless, the Adar I still has a certain degree of festiveness. Therefore, we do not fast, eulogize, or recite Taĥanun on the fourteenth and fifteenth of Adar I. It is also proper to enhance the meal that one eats on the fourteenth of Adar I, which is called Purim Katan (“Small Purim”) (sa, Rema 697:1). Moreover, the Sages statement about increasing joy when Adar arrives implies that Adar I ushers in joy (observance of a Bar Mitzva or yahrzeit is discussed in the footnote).[4] 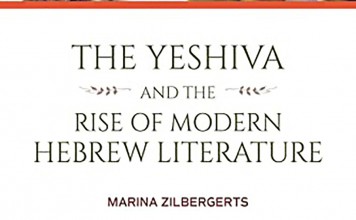