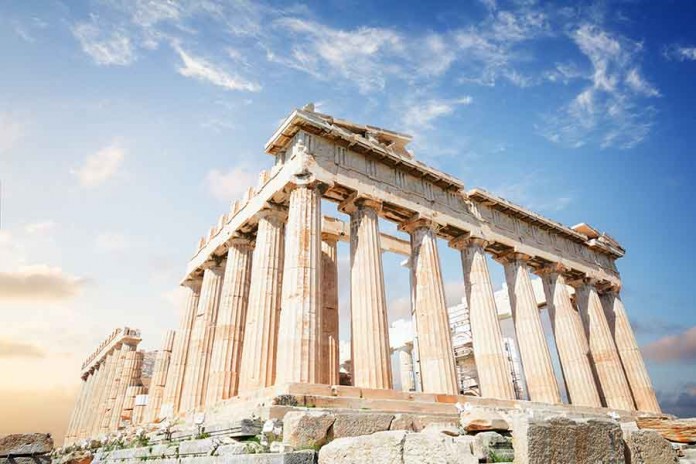 Spiritual debate has been a recurring phenomenon since the beginning of time. Chanukah is when we tap into the spiritual debate between the Jews and the Greeks, as the Greeks specifically attempted to destroy our spiritual way of life. They aimed to cut off our connection with Hashem and replace it with the worship of the natural, physical world. Yavan, the Hebrew name for the Greeks, means quicksand (Tehillim 69:3) – The Greeks sought to “drown” us in their secular culture, replacing spirituality with atheism and hedonism. The Midrash says that the Greeks attempted to darken our eyes, hichshichah eineihem (Bereishis Rabbah 2:4). Darkness represents a lack of clarity, the inability to perceive true form. Physical darkness prevents physical clarity, spiritual darkness prevents spiritual clarity. This was the Greek attack on the Jewish people: a distortion of truth, a darkening of knowledge and perception. For this reason, the Jewish people went to war against the mighty Greek army, and to this day we carry on that fight against Greek culture, a culture that we view as damaging and antithetical to Judaism.

Yet if we take a deeper look into Jewish literature, we find a strikingly different picture of the Greek nation and their culture. In parshas Noach, Noach blesses his two sons, Shem and Yefes, with a seemingly peculiar bracha: “Hashem will grant beauty to Yefes, and he (Yefes) will dwell within the tents of Shem. Yefes is the precursor to the Greeks, and Shem to the Jews. This seemingly paints the Greeks in a positive light, as a beautiful nation that is fit to dwell within the framework and boundaries of Judaism.

In a similar vein, the Gemara (Megillah 9b) states that despite the general prohibition of translating the Torah into different languages, it is permissible to translate the Torah into Greek due to the beauty of the language. According to both of these sources, it seems as though Greek culture does not contradict Judaism, but is meant in some way to complement it, harmonizing with Jewish ideology. How can we understand this contradiction? In order to explain it, we must first understand a deep spiritual principle.

How do we understand and perceive Hashem? Is Hashem within time and space, limited to this world alone, as pantheists believe? Or is Hashem completely transcendent, beyond time, space, and this physical world, as many of the ancient philosophers believed?

The Jewish approach, as explained by the Rambam, Maharal, Ramchal, and others, is a beautifully nuanced blend of these two approaches. Hashem is transcendent, completely beyond our physical world of time and space, yet also immanent, within our physical world. This principle applies to all spirituality; Judaism teaches that the spiritual and transcendent are deeply connected to the limited and physical world. In other words, our physical world is a projection and emanation of a deeper, spiritual reality. This is the meaning behind the famous Midrash, “Hashem looked into the Torah and created the world (Bereishis Rabbah 1:1). This means that the physical world is an emanation and expression of the Torah, the spiritual root of existence. To give an analogy, imagine a projector: the image you see on the screen is emanating from the projector. The projector and film are the source, the image on the screen is the expression. Similarly, each and every one of us was once a zygote, half a male and half a female genetic code. From that single cell a fully developed and expressed human being ultimately manifested. The same is true regarding the physical world, it stems from a spiritual root, a transcendent dimension.

Thus, we are able to understand and experience the spiritual through the physical, as the two are intrinsically connected. If you’re wondering how to understand this concept, consider the way other human beings experience, relate to and understand you. All they have ever seen is your physical body. They’ve never seen your thoughts, your consciousness, or your emotions. The only way they can understand you is by relating to how you express yourself and your internal world through your physical body. Through your words, actions, facial expressions, and body language, other people experience what’s going on inside of your body, inside of your head, inside of you.

The same is true regarding our experience of Hashem and the spiritual. We can’t see spirituality, only physicality. We must therefore use the physical to connect back to the spiritual root.

The Battle of Chanukah

The Greeks sought to uproot this Jewish perspective, to detach the physical world from its higher root. They claimed that human beings have no connection to anything higher than the physical world itself, and that it’s therefore impossible to connect to Hashem. As the Ramban explains (Ramban Al Ha’Torah, Vayikra 16:8), the Greeks believed only what human intellect can grasp. Anything that transcends rational proof alone was dismissed as false. Even the Greek gods were glorified humans; in essence, the Greeks served themselves.

The Jewish approach is more nuanced. We embrace human intellect and reason but are aware of a realm that transcends it. We recognize the wisdom of science, medicine, psychology, mathematics and other forms of worldly wisdom, but also recognize a higher form of wisdom, the Torah. As the Vilna Gaon explains, where logic and human intellect ends, Jewish wisdom begins. The reasoning behind this principle is based on the aforementioned idea: the physical world is an expression of the spiritual world. Just as the physical world stems from a higher, spiritual realm, physical wisdom is an expression of a higher form of wisdom, the Torah. While the wisdom of the physical world is true, it stems from a higher truth, the Torah. Torah is the absolute foundation and root; all physical wisdom is its expression.

The ideal, then, is for the physical wisdom of the Greeks and Yefes to reside within the tent of Shem, with science and the wisdom of the world in harmony with Torah. The problem occurred when the Greeks denied the existence of anything beyond their independent intellectual wisdom. This was the battle of Chanukah. The Greeks tried to destroy the Torah, which contradicted their ideology, and the Jews were forced to fight for their beliefs – to defend their spiritual connection with Hashem and the transcendent wisdom of Torah.

Rav Hutner explains that Chanukah is the chag of the Oral Torah. Chanukah is the one holiday with no source in Torah Shebiksav. Unlike Purim, it does not even have a Megillah; it is completely of Rabbinic origin. Furthermore, it doesn’t even have a Mishnah; the only canonized source for Chanukah is a few Gemaras which mention Chanukah in an almost coincidental manner. Why is this so?

Chanukah represents the battle against the Greeks, who claimed that the only source of truth is human intellect and nothing transcends human logic. The Jews not only showed that there is a transcendent source of truth, but took it one step further. When done appropriately, with humility and proper recognition of the Torah’s transcendent root, the limited human being can actually use his human intellect to participate in the creation of Torah. This is the unbelievable nature of Torah Sheba’al Peh: human beings are given the ability to participate and even create novel Torah ideas and insights. The greatest victory over the Greeks wasn’t to simply prove that transcendent Torah exists; it was to reveal that even the human intellect can connect to Torah, even limited human beings can connect to the infinite.

Our Place of Connection

The Greeks tried to spiritually destroy our Beis HaMikdash, the point of connection to the transcendent, where Hashem most intimately connects to this physical world. After our victory on Chanukah, we reignited the flame of that spiritual building, and every year since, we must reignite that same flame within our own homes; we must inaugurate our own personal Beis HaMikdash.

Every day, we get to choose whether we’ll become further entrenched in secular and Greek culture or build our connection to the infinite, and carry the message of Chanukah deep within our hearts. Our life is like building a personal Beis HaMikdash, building an ever-deeper and ever-closer relationship with Hashem. It’s the result of every brick we lay down; every day is like another brick, another opportunity to add to our eternal home, our eternal self, our eternal existence. 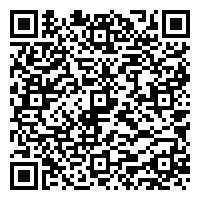