French President Emmanuel Macron told reporters Friday in Dubai it appears likely that nuclear talks between Iran and world powers have failed, at least for the time being.

“I think it’s probable that this round of negotiations, given the positions, does not succeed,” Macron said.

“It is most likely that these negotiations do not continue in the short term.”

The French president was in the United Arab Emirates for the sale of military hardware to the Gulf state. The same day, the UAE signed an order for 80 Rafael fighter jets and 12 military helicopters, deepening economic and political ties with France through an arms contract worth 17 billion euros ($19.20 billion). Macron is also expected to visit Qatar and Saudi Arabia.

Talks between Tehran and envoys from China, Russia, Germany, France and the United Kingdom resumed this past Monday as envoys launched their seventh round of negotiations in Vienna to restore the 2015 Joint Comprehensive Plan of Action (JCPOA) nuclear deal. Representatives of the United States were also present in the Austrian capital but participated indirectly due to Iran’s refusal to allow direct negotiations with America.

In 2015, the JCPOA was intended to make it nearly impossible for Iran to build an atomic bomb while allowing it to pursue a civilian nuclear program. At the time, Israeli officials and subsequently also US President Donald Trump said the agreement was “a bad deal” that would not stop Iran’s progress toward military nuclear capability.

Iran had pledged to curb nuclear activities that could be weaponized in return for international sanctions relief, denying it sought nuclear weapons — but its actions, reported by the United Nations’ International Atomic Energy Agency monitors, have not been consistent with the statement.

President Trump withdrew the United States from the pact in 2018, a move that outraged Iran then and since.

Speaking to reporters in Stockholm this Thursday, US Secretary of State Antony Blinken said, “We’re going to know very, very quickly, I think in the next day or two, whether Iran is serious or not.

“I have to tell you, recent moves, recent rhetoric, don’t give us a lot of cause for for optimism. But even though the hour is getting very late, it is not too late for Iran to reverse course,” he added.

This week’s talks ended Friday with no progress.

Iran’s latest breach of JCPOA limits was confirmed by the IAEA on Wednesday, with the agency warning that Tehran has begun using advanced centrifuges at its underground Fordow nuclear facility to enrich uranium up to 20 percent purity, a short step away from weapons-grade levels.

But Iran began enriching uranium at even higher levels nearly six months ago, and Iranian nuclear officials said on state media in early November the country has far exceeded the reported 20 percent.

Iran Announces Increase in Stockpile of 60% Enriched Uranium, to 25 kg

“So far, we have produced 25 kilograms of 60 percent uranium which, except for countries with nuclear weapons, no other country is able to produce,” said Behrouz Kamalvandi, spokesperson for the Atomic Energy Organization of Iran, according to report on November 6 by Reuters.

This past June, Iran announced that it had produced 6.5 kilos of 60 percent enriched uranium. By early November, those supplies had ballooned to 25 kilos. Uranium must be enriched to 90 percent to produce a nuclear weapon.

Under the JCPOA, Iran was required to restrict enrichment of its uranium production to a maximum of 3.67 percent, the level used for most civilian functions.

This past Thursday, Israeli Prime Minister Naftali Bennett spoke with Secretary Blinken, urging the US to immediately cease negotiating with Iran over reviving the 2015 nuclear deal.

Prime Minister Bennett said Iran was exercising nuclear blackmail with its uranium enrichment at Fordow as a negotiation tactic, and warned this must be met with an immediate cessation of the talks.

He urged the US to enlist the other participants in the JCPOA talks to take concrete steps against Tehran as well. 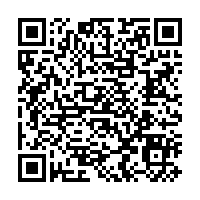