This year Rosh Hashanah will fall out on the day before September eleventh (9/11). One of the most common phrases associated with that date is “We will never forget.” And we certainly shouldn’t. But aside from the vast loss of life and injuries and destruction there is more to that date that we should never forget.

The attack on the World Trade Center in 2001, which brought those two mighty towers crumbling down, occurred a few days before Rosh Hashanah that year. I would like to suggest that this horrific and momentous event is connected to Rosh Hashanah in a very meaningful way, aside from their proximity in the calendar.

Rosh Hashanah is the day that is designated for recognizing that Hashem is the one true king of the universe, who controls everything that happens in the world and beyond. One of the primary aspects of a king is that his subjects fear him. If people do not fear their king, he cannot rule them. As we say in davening on Rosh Hashanah, “V’sein tein pachtecha – and may you place fear of You in your subjects.”

One component of the tragic events that took place on 9/11 was that people became fearful. Witnessing such a breathtaking, humbling and fearsome incident affects and stirs people. The Gemara (Yevamos 63a) tells us that we are supposed to witness horrific events and become more fearful of Hashem. For after observing such formidable destruction one can be awe inspired when he realizes that it is Hashem who is ultimately orchestrating every event.

In the aftermath of 9/11 many people were fearful of another terrorist attack. Indeed, from that day on we entered into a new era of global terrorism. And it is true that there are thousands of Muslims who are trained to murder and injure innocent men women and children and knowledge of their charters can put terror into our hearts. And consequently, that is another facet of terrorism that is accomplished even when they do not attack: they terrorize even without attacking; people live in fear of an attack.

But if one would realize that the king who allowed for these horrific events to occur is in fact our loving father, then the fear is channeled to fear of Hashem, which brings about reassurance and calmness with regard to terror. For the king, our loving father can just as easily protect us from attacks.

The final geulah will be similar to Rosh Hashanah, except then it will not only be the Jewish people who coronate Hashem, it will be the entire world. Hashem prepares us for that great day by orchestrating horrific and fearful events that will put fear in our hearts. That fear is intended to subsequently convert into fear of Hashem. Once we fear Hashem we will be ready for Rosh Hashanah when we enthrone Hashem, and ready for the geulah shelaima when the entire world will recognize and willingly accept Hashem as the one true king of the world. 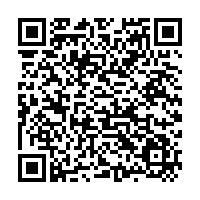